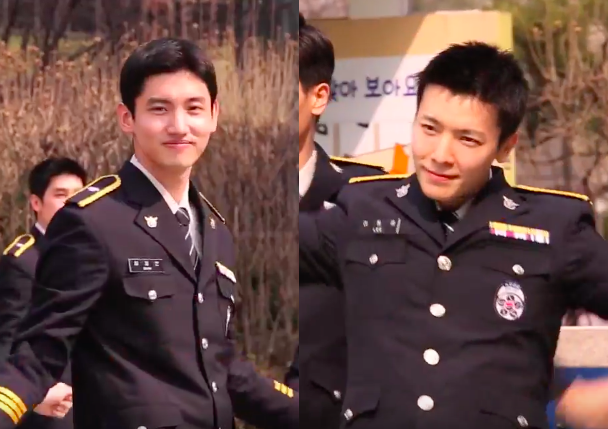 Even though they’re currently serving their military duties, TVXQ’s Changmin and Super Junior’s Donghae were able to greet their fans through an anti-bullying campaign.

On April 21, the NGO World Vision posted a video of a flash mob led by Changmin and Donghae to their official YouTube channel, writing, “Changmin and Donghae, together with the Seoul Metropolitan Police Special Promotions Unit, perform the ‘Looking for Hope in the Classroom Campaign Song’ as an awesome group dance.”

In the video, Changmin and Donghae slip easily back into their roles as performers, putting on a show with bright smiles. The lyrics of the campaign song speak of dreaming of a classroom where everyone gets along and can be good friends.

The campaign, which targets students of all ages, hopes to reduce and eliminate violence in schools around the country. The campaign will run through June 19.

Super Junior
TVXQ
Changmin
Donghae
How does this article make you feel?