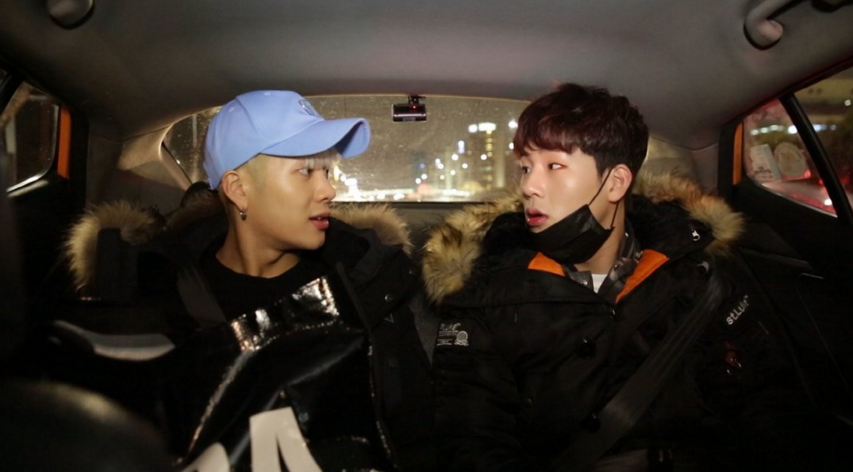 Watch: GOT7’s Jackson and MONSTA X’s Jooheon Bicker Over Everything on “Celebrity Bromance”

On the April 21 episode of “Celebrity Bromance,” GOT7’s Jackson and MONSTA X’s Jooheon bicker adorably throughout the show after meeting up in the previous episode.

First, they bicker over their age and what to call one another. Jackson wants to be called hyung being born in March of 1994 while Jooheon was born in October 1994.

The pair continue their cute antics as they go to a restaurant that Jooheon recommends. Jackson won’t let go of his grudge as Jooheon did not see Jackson’s text message earlier. He continues to bring this up several times.

Later, the friends show their appreciation for one another. Jackson compliments Jooheon’s rap and expresses his desire to improve his rapping. Jooheon reassures Jackson and praises him for having multiple talents and being a great entertainer.

They continue talking about a variety of subjects including mood swings, skin care, and more before arriving at the restaurant.