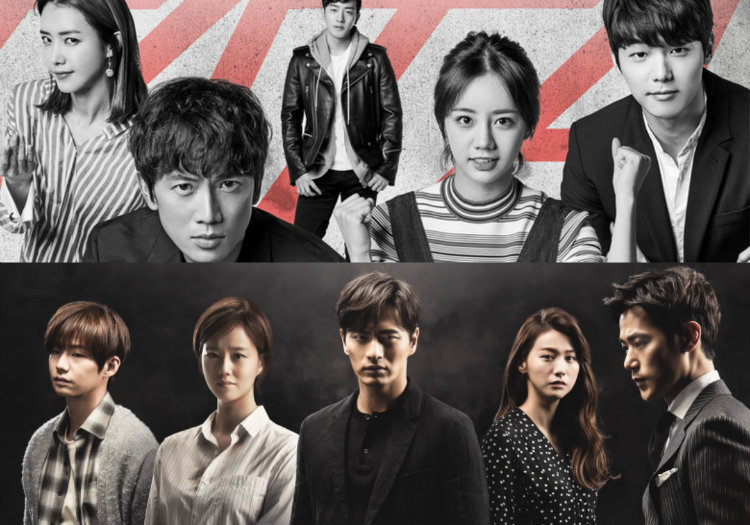 With KBS2’s “Descendants of the Sun” airing special episodes this week, both SBS’s “Entertainer” and MBC’s “Goodbye Mr. Black” recorded increased ratings for their latest episodes.

According to Nielsen Korea, the April 21 broadcast of “Entertainer” marked 6.6 percent in viewer ratings nationwide. While it is an increase of 0.4 percent from the first episode’s ratings, which were at 6.2 percent, it was still unfortunately last in its time slot, losing out to “Goodbye Mr. Black” and “Descendants of the Sun.” Many have been anticipating this drama, curious to see the chemistry between Ji Sung, who won Daesang (Grand Prize) for his role in MBC’s “Kill Me, Heal Me” last year, and Girl’s Day’s Hyeri from tvN’s popular drama, “Reply 1988.”

Meanwhile, the 12th episode of “Goodbye Mr. Black” recorded 9.4 percent. While the first 10 episodes of this drama averaged around 3-4 percent due to its competitor, “Descendants of the Sun,” ratings have almost doubled starting with the 11th episode.

“Descendants of the Sun” actually decreased in ratings, marking 13.6 percent, which is 4.3 percent lower than the previous episode. While it maintained first place, the drama’s special episodes aren’t garnering as much interest as the original episodes, which momentarily exceeded 40 percent at one point. The second special episode that aired Thursday featured a previously unaired scene.

KBS2’s new Wednesday-Thursday drama, “Master: God of Noodles” will begin to air April 27. Many are eager to see which drama will come out on top.

Which drama do you believe will be first place next week?

Goodbye Mr. Black
Entertainer
How does this article make you feel?