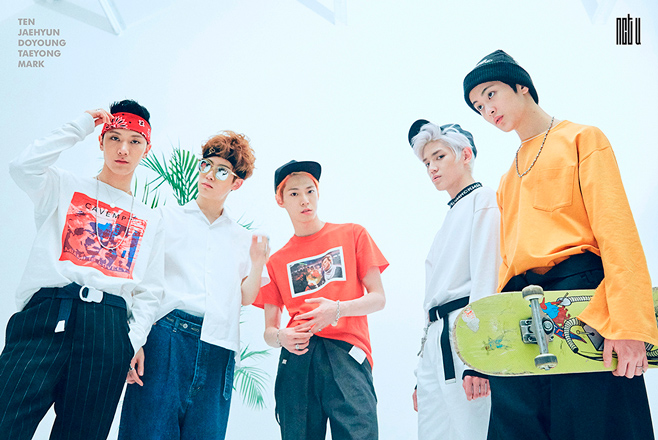 NCT U Already Competing for No.1 on Music Show, Thanks Fans and SM Seniors

SM Entertainment’s rookie boy group NCT U has risen as a first place candidate in a music show – “Inkigayo” – just after one week of their debut, so they took time out to thank the fans and fellow SM artists for their help and support.

NCT made their official broadcast debut in Korea on April 15 through “Music Bank.”

During a recent interview, member Doyoung repeatedly expressed his happiness, saying, “I am very, very happy. We’re delighted just to be showing our raps and songs to the public, but it makes us even more cheerful seeing that many people are supporting us.”

Mark added, “It’s fascinating and fun,” and another member Ten said, “I am learning many new things.”

When asked if they received any help from fellow SM artists, Taeyong answered, “Many of the seniors are looking out for us and supporting us. Senior SM artists take really good care of their juniors.”

Doyoung pointed out, “When we went to the 16th Top Chinese Music Awards, we met Kangta. He told us, ‘Your debut stage will be remembered for 10, 20 years, so I hope you do well. [Super Junior’s] Kim Heechul, and other seniors gave us a lot of advice whenever they saw us.”

Jaehyun also thought back to a time when he received help, saying, “[TVXQ’s] Yunho gave me a lot of advice ever since I was a trainee. He helped me out even on the smallest things and taught me stuff about dancing. He also told us how to act on stage, which is reflected towards the public.”

NCT U already has a lot of fans domestically and internationally, with such love showing in their rise in ranks to compete for no. 1 i SBS’s weekly music show, “Inkigayo.” For the upcoming April 24 episode of “Inkigayo,” NCT U, Block B, and 10cm are competing for first place.

Lastly, the members thanked the fans, saying, “It’s only been a week since we debuted but we’ve learned a lot of things during this short but meaningful time. Thank you for all the loving interest, and we will work hard to show good results.”

What do you think of NCT U so far?