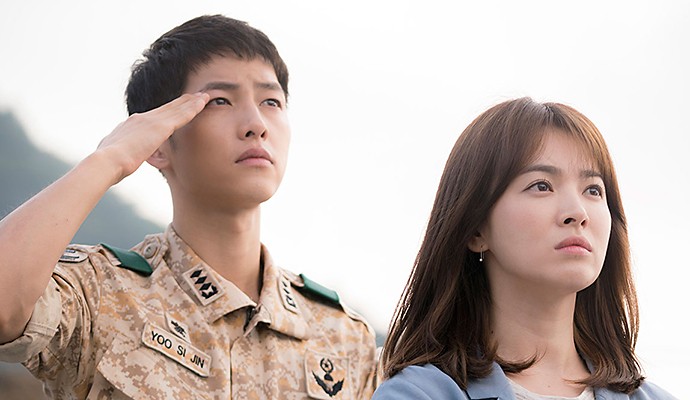 Director Lee Eung Bok of KBS2’s “Descendants of the Sun,” picked Song Hye Kyo’s crying scene as the best moment of the drama.

He especially compliments the scene where she sobs after receiving the news that Yoo Si Jin (played by Song Joong Ki) has passed away.

“It was more memorable than a hundred lines and truly touching,” he says. “They weren’t just tear drops falling because of mere sadness. It was captivating to see how the tears would fill up in her eyes and overflow.”

Several other viewers agreed with his comment afterwards, saying, “It was very impressive” and “You can’t criticize Song Hye Kyo for her acting.”

Meanwhile, “Descendants of the Sun,” which ended on April 14, was a nationwide hit, with its highest ratings being 38.8 percent, even to the point of creating its own catchphrase.

Do you agree with his choice? What’s your favorite scene?