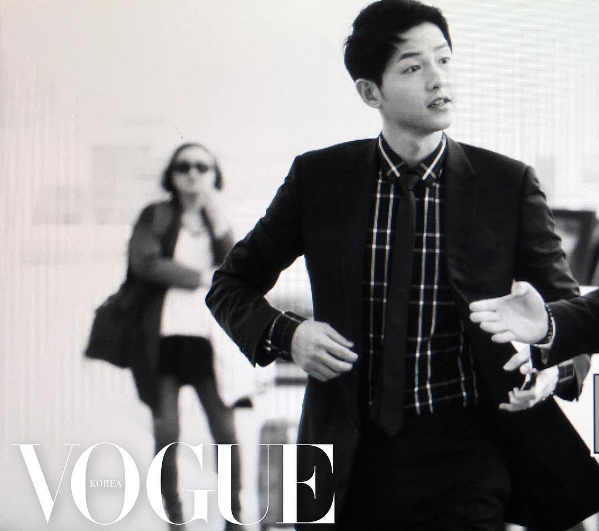 Top star Song Joong Ki was captured on camera looking as handsome as ever by Vogue as he was on his way to Hong Kong to attend a fashion show.

On the afternoon of April 22, Song Joong Ki arrived at the Incheon airport to head to Hong Kong for the “Dior Homme 2016-2017 Winter Collection Live Show.” The magazine Vogue grabbed shots of the actor as he arrived for his flight and then landed in Hong Kong, and uploaded them to Instagram. 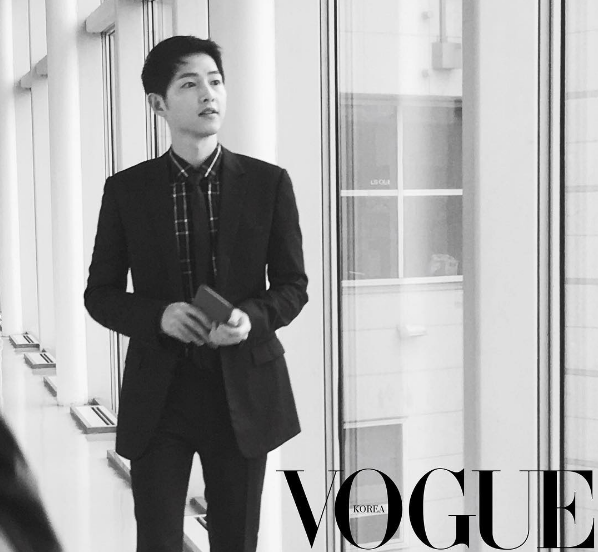 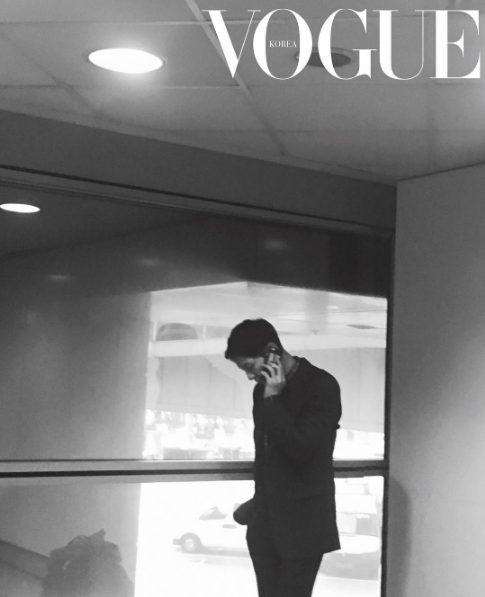 They also posted an image of the star casually chowing down on some dinner at his hotel and a video him saying hello to fans just as he was about to leave for the event. 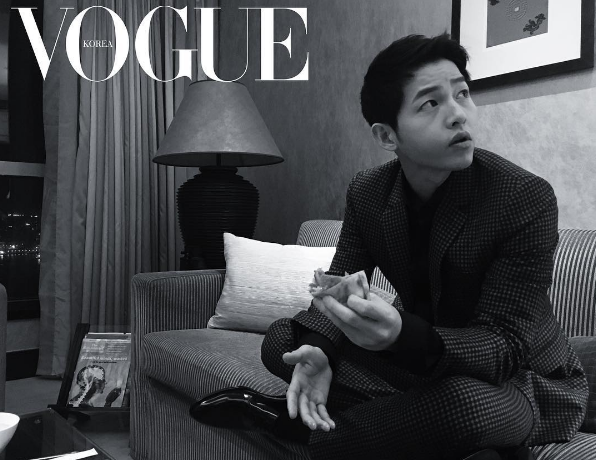 In addition, Vogue shared photos of Song Joong Ki on the show’s red carpet, as well as a picture of him with Belgian designer Kris Van Assche, who designed Song Joong Ki’s outfit for the night as part of Dior Homme collection and invited him to the show. 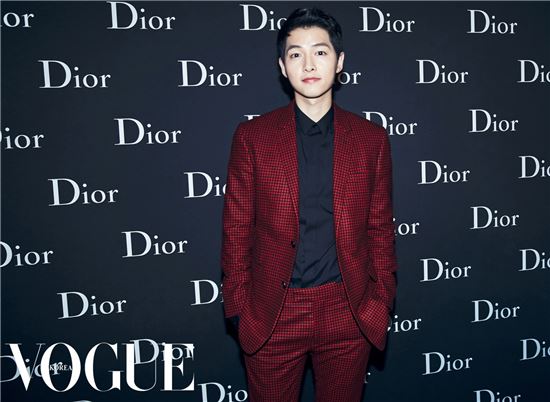 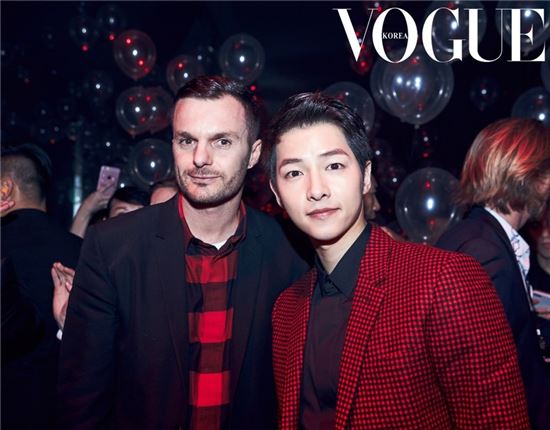 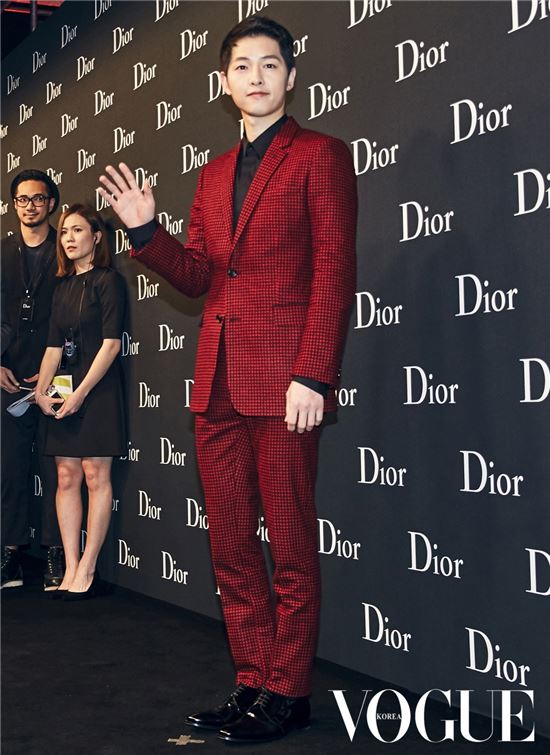 Song Joong Ki recently starred in the hit KBS drama “Descendants of the Sun,” which shot him into mega stardom.