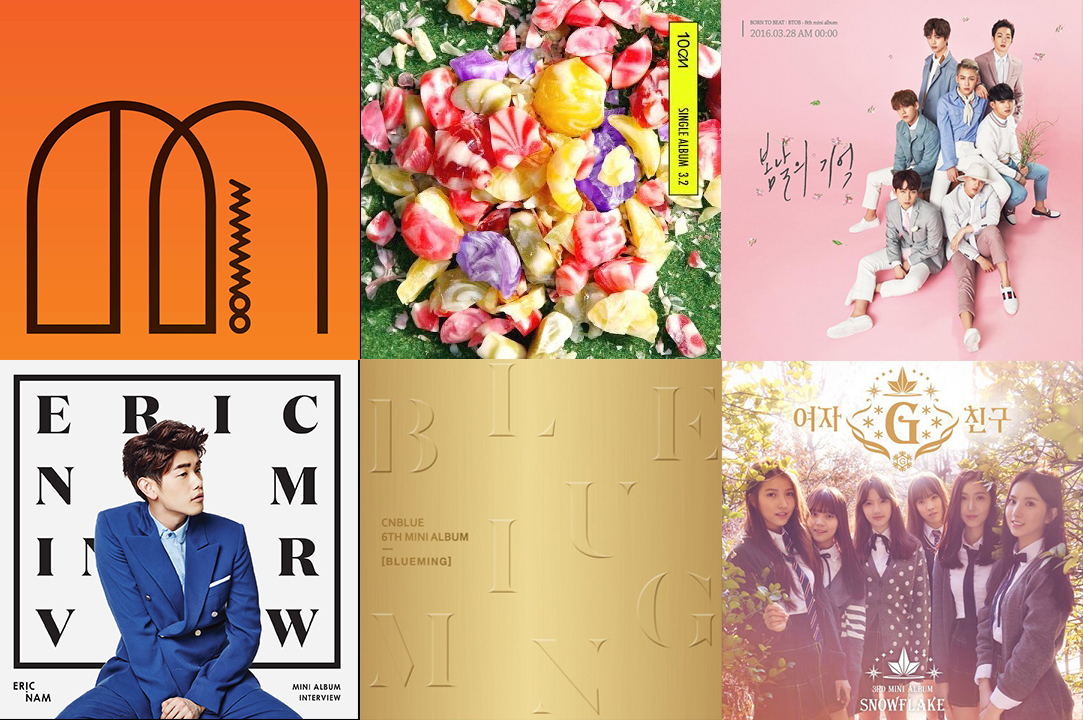 “What The Spring??” just edged out CNBlue’s “You’re So Fine,” one of the three new songs in our top 10 this week. It moves up 11 spots to No. 2. This song is the title track of CNBlue’s sixth mini-album “Blueming.” Written by lead singer Jung Yong Hwa, “You’re So Fine” is a pop rock track about praising a woman’s irresistible beauty. This song won on Music Bank, M!Countdown, and Show Champion last week. Let’s see if it will move up to the top of our chart next week.

Up 13 spots to No. 7 is rapper Loco’s latest hit “You Too,” his first top 10 solo hit. This is a hip-hop song about Loco’s personal story. It conveys a message of comfort and support as many people fears that nothing is certain tomorrow.

Debuting at No. 10 is Block B’s new song “Toy.” Just last week, the lead single of their fifth mini-album “Blooming Period” was at No. 3. “Toy” is the title song of this mini-album. Both songs showcase a more mature Block B, both on image and on music. Written by member Zico, this R&B song is about a man who describes himself as a toy for the person he loves.