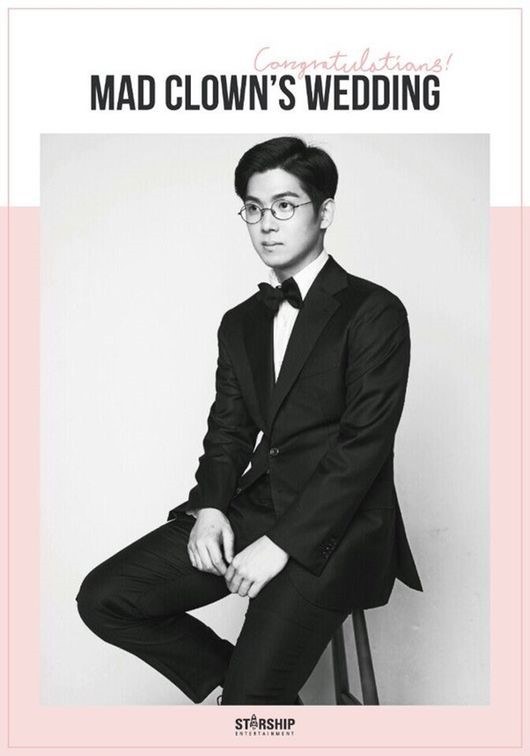 Rapper Mad Clown will be getting married next month on May 15 to his non-celebrity girlfriend.

Mad Clown’s agency Starship Entertainment relayed the news of his marriage through Twitter, saying, “We have some great news for you all! Mad Clown will be a groom in May! Everyone in Starship is sincerely congratulating him.”

Along with this news, Starship Entertainment uploaded a photo of him congratulating him on his upcoming marriage.

Meanwhile, Mad Clown made his debut in 2008 and is currently housed under Starship Entertainment’s label, Starship X. He recently released the OST for “Descendants of the Sun” called “Once Again” with Kim Na Young.

Mad Clown
How does this article make you feel?