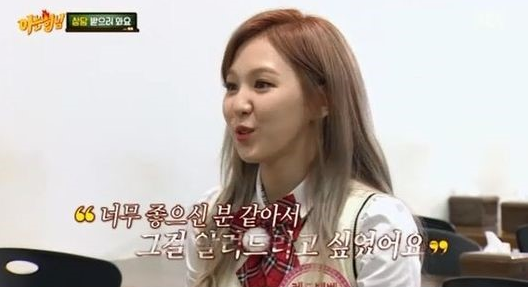 On the April 23 episode of “Ask Us Anything,” girl group Red Velvet made a special appearance. While maknae Yeri confessed some of her bottled-up feelings on the show, Wendy sought out Kang Ho Dong to tell him something special.

Wendy and Kang Ho Dong had appeared on another show together before. “Every time I film with you, I think that you’re a really good person,” she said. “I really wanted to tell you that.”

Kang Ho Dong was flustered at her straightforwardness and said, “You didn’t come to ask for advice? You’re making me embarrassed, I might cry.” 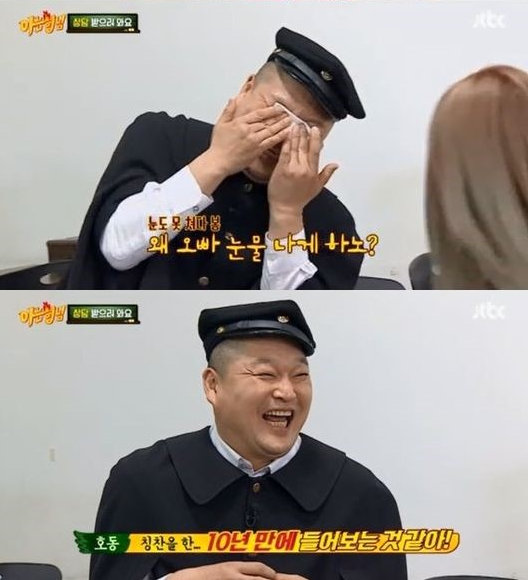 But Wendy keeps on, saying, “I also wanted to say sorry for not greeting you properly before.” When Kang Ho Dong starts getting emotional and grabs a tissue, Wendy exclaims, “Don’t cry! Then I want to cry.”

In a later interview Wendy said, “When I talk, I like to look people directly in the eye. But as someone who is younger, it was surprisingly hard to tell him what I wanted to say. But without knowing why, I kept feeling that it was really important to tell him.”

In the end both of them get teary-eyed, with Kang Ho Dong saying, “I think it’s been 10 years since someone complimented me.”

Red Velvet
Wendy
Ask Us Anything
Kang Ho Dong
How does this article make you feel?