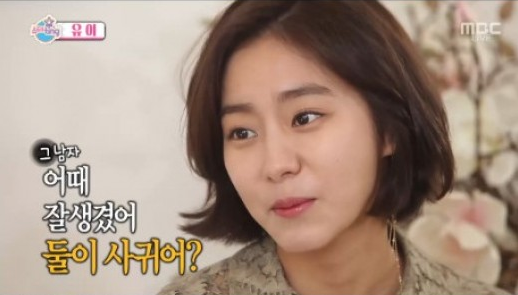 On the April 24 broadcast of MBC’s “Section TV,” Uee sat down for an interview, answering questions about her role in the popular weekend drama “Marriage Contract,” in which she starred alongside Lee Seo Jin.

When asked whether she has noticed a rise in popularity lately, she says, “I’ve been getting more questions about Lee Seo Jin than myself, like, ‘Is he handsome?’ ‘Are you two really dating?’”

It’s a testament to how much the two actors fell into their roles. Uee says she had a hard time reeling back her emotions as her character, Kang Hye Soo. She says, “I couldn’t control my emotions sometimes, and I would cry when I wasn’t supposed to. I’d get teary when I looked at Eun Sung, and I’d feel that way when I looked at [Lee Seo Jin], too, so the director would tell me not to get too lost in the role.” 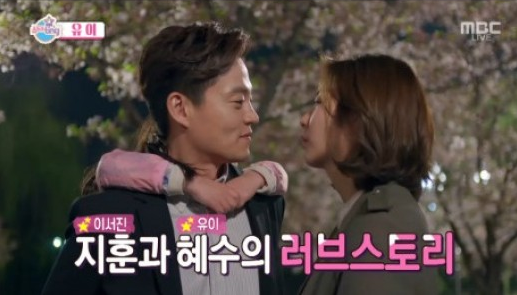 Uee also explains her first kiss scene with Lee Seo Jin and says, “I let [everything] go.” Surprised at what she said, she says, “What? What did I let go?” Uee adds, “It was really cold that day. But at the time [of the kiss] I think it was pretty warm.” She explains how much she loves Han Ji Hoon, Lee Seo Jin’s character, and that Han Ji Hoon is her type of man. Park Seul Gi asks if she doesn’t think Lee Seo Jin is cool, to which Uee says, “Lee Seo Jin is great too, but Han Ji Hoon is really great.”