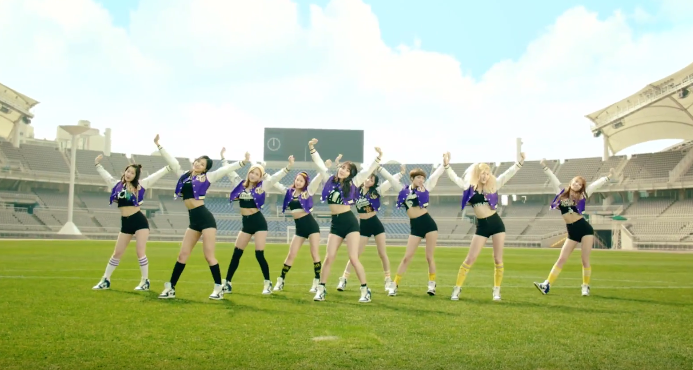 On April 25, JYP Entertainment unveiled TWICE’s exciting music video for their comeback single “Cheer Up” and less than 24 hours later, the video has already hit 1 million views on YouTube!

In the music video, TWICE appear in various costumes, including high school and cheerleading uniforms, showing their lively, energetic side to match the title of “Cheer Up.” Each of the nine members tackles a different movie genre, from action to horror to western. As of 11 p.m. KST on April 25, the video has already surpassed 1.3 million views on YouTube.

Their previous music video “Like OOH-AHH” became very popular, reaching over 50 million views, so it comes as no surprise that their follow-up, “Cheer Up” hit 450,000 views shortly after being released, cementing the girls’ status as a trending group.

TWICE are planning to actively promote their second mini-album “Page Two” through their title track “Cheer Up.”

What do you think of TWICE’s new music video?