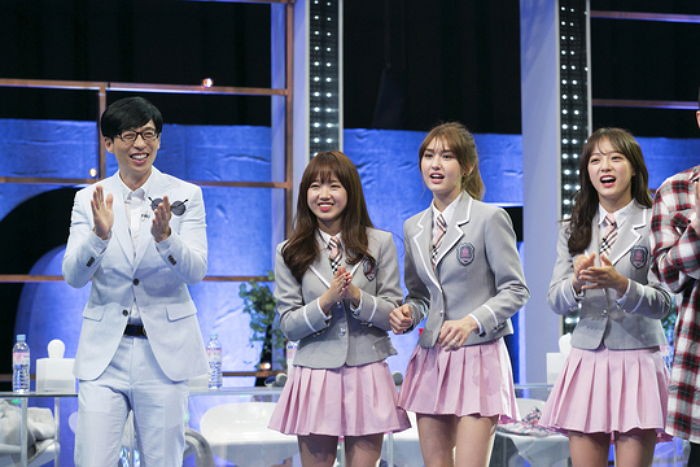 Yoo Jae Suk Proves He Is a Huge I.O.I Fan on “Sugar Man”

Yoo Jae Suk goes crazy when he meets I.O.I, a group’s he’s been dying to see!

On April 25, “Sugar Man” shared a sneak peek at the appearance of all 11 members of I.O.I on the show. In a photo, Yoo Jae Suk has a wide smile as he stands next to Choi Yoojung, Jeon Somi, and Kim Sejeong.

On the show, Yoo Jae Suk reportedly proves that he is a big fan by calling out their nicknames such as “God Sejeong,” “Youngest Somi,” and “Center Yoojung” as they each appear on the set.

He also shows his love for the group by following along with their “Pick Me” dance from Mnet’s “Produce 101.” He cannot help but cheer on I.O.I as they are introduced as one of the episode’s performers.

I.O.I will be facing off against Jessi and Hanhae for their teams on the next episode of “Sugar Man,” which airs on April 26 at 10:50 p.m. KST.

Watch the episode’s preview clip below!