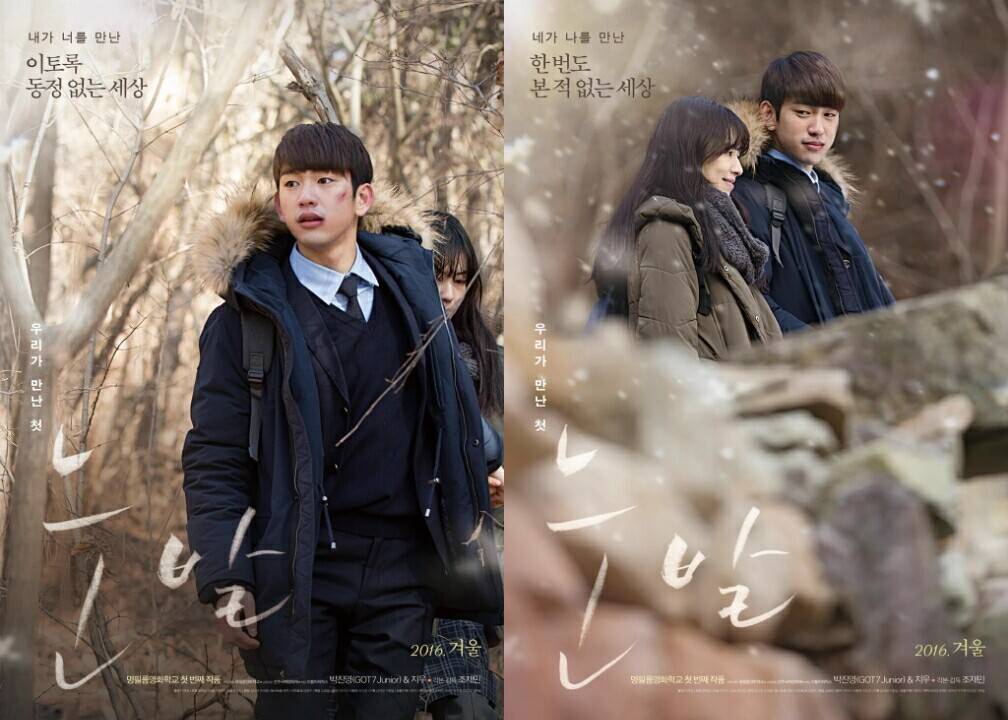 Teaser posters have been released for GOT7 Junior’s debut movie, “Nunbal” (“Snowflake” in Korean).

“Nunbal” is the story of a boy, Min Sik, who transfers to a small village in Gyeongnam and falls for a girl in his class, Yeju (played by Ji Woo).

The film will have its world premiere at the 17th Jeonju International Film Festival as a part of the “Jeonju Cinema Project 2016.” The film is receiving a lot of interest, with tickets for all showings already sold out, including those for the premiere.

In anticipation of its premiere at the Film Festival, two posters have been revealed. In the posters you can see the images of the young boy Min Sik and young girl Yeju. Although the atmosphere in the images is chilly, set in Gyeongnam’s cold winter mountain landscape, you can still feel the warmth in the hearts of Min Sik and Yeju.

“Nunbal” is expected to open in theaters this winter.

GOT7
Junior
Nunbal
How does this article make you feel?