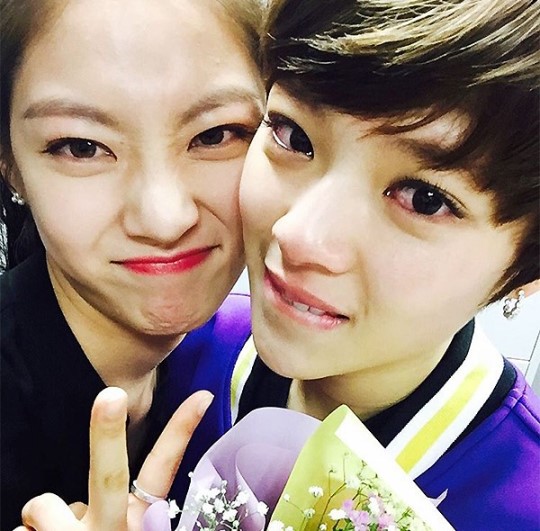 On April 25, Gong Seung Yeon uploaded a picture of her with her sister with the caption, “Cheer up. TWICE’s second album hwaiting! Today is the day we work hard together and embrace a new beginning! Stop crying, stupid.”

In the image, the two can be seen with their cheeks pressed together, showing off their similar yet beautiful looks. Jungyeon is crying because she is touched by her sister’s surprise visit and is trying hard to hold back her tears by biting her lip. The members also shed tears at the showcase.