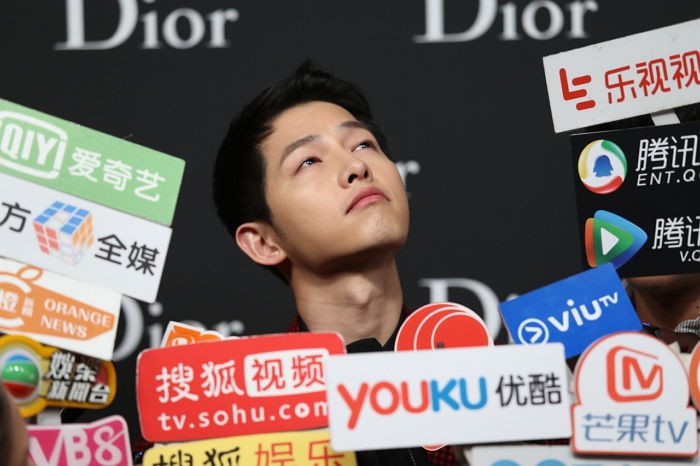 Song Joong Ki Is Drowning in a Sea of Microphones

Recently, Song Joong Ki has become a topic of discussion within online communities for the extreme fervor he has been greeted with by foreign reporters.

On April 22, wearing a sophisticated red suit, Song Joong Ki attended the launch of the Dior Homme Winter 2016/2017 collection in Hong Kong. As soon as he enters, the actor is swarmed by reporters who thrust microphones in his face. The reporters’ desperation and passionate effort to get close for an interview is evident in the photos taken. 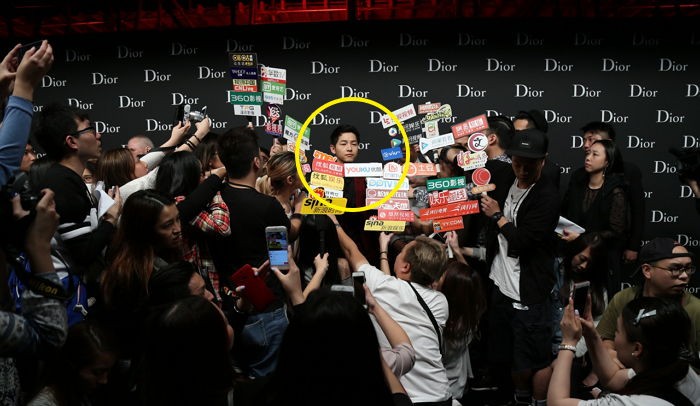 The image of Song Joong Ki’s small face buried within the sea of microphones is a striking reflection of the current “Song Joong Ki mania” which is gripping Asia following his lead role in KBS’s “Descendants of the Sun.” Netizens expressed their concern for the star with comments such as, “The reporters are really overcrowding him. Song Joong Ki looks tired.”

After visiting fans in Bangkok, Thailand on May 7, Song Joong Ki will be heading to Beijing for his first fan meeting in China the following week.

What do you think of the media frenzy surrounding Song Joong Ki?