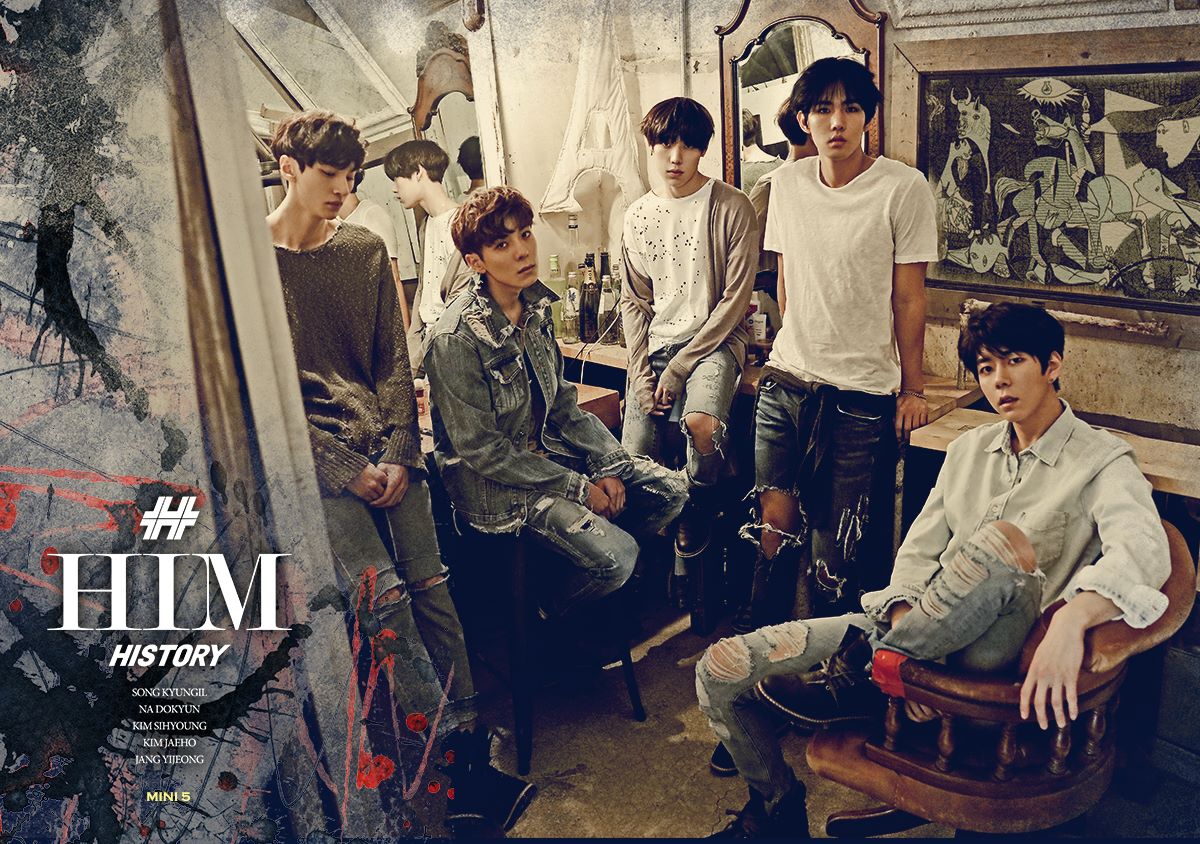 History Celebrates 3rd Anniversary and Describe Past Ups and Downs

History, who are currently promoting their 5th mini-album “HIM,” met with Star News on April 26 to give an interview. “[Looking back at the last 3 years] it feels like we’ve really lived diligently,” they all agreed.

Leader Kyungil said, “There are a lot of things I regret, but at the same time, I think there is a lot that we’ve accomplished. It’s half regrets and half successes. Since we’ll continue our activities in the future, we’ll be working even harder.”

Dokyun said “In the last 3 years we’ve lived really difficultly but enthusiastically,” and “In that time, I regret that it feels like we didn’t spend a lot of time with our fans. I would love to have a show with the fans and be able to have events together with them. That way I could happily suffer the difficulties.”

The members of History have displayed many different images and have been active as singers for 3 years. They debuted on KBS 2TV’s “Music Bank” on April 26, 2013 with their first single “Dreamer,” and say they still remember it vividly.

Sihyoung claims, “I even remember where I was standing in the waiting room.” Dokyun commented laughingly, “And after we finished the pre-recording, we went to eat bibimbap.”

Kyungil reminisced, “Finally shedding our trainee identities and standing onstage for our first performance was difficult but we were really happy. Although we still can’t watch the video because it makes us cringe, at the time it felt like we could do anything.”

Compared to the growing awareness of the group in Korea, their popularity in foreign countries is considerable. In other words, History’s success in their own country is in many ways disappointing. So they turned their attentions from the already over-saturated domestic idol market, to the wider foreign market. The result was success.

They traveled to England, France, Finland, and even Romania on a Europe live tour, as well as officially debuting in Japan with regular on-going promotions there. As a result, they have received a lot of love.

Last summer, they regularly appeared on the Tower Records weekly charts with their two Japanese single albums, and even reached as far as 3rd place on the Oricon singles charts.

Following the end of their international promotions, History returned to Korea on April 11, with their 5th mini album “HIM.” They come with an image a step above what they’ve shown in the past.

All the songs on the album including “Queen,” “Wild Boy,” “Baby, Hello,” Dokyun’s solo “Whenever,” etc. were written and composed by the members themselves, displaying their improved musical ability.

Jaeho said, “We have yet to achieve what we want most: a big result in Korea, but since it seems like each of us has gained individual skills and stage experience, as well as writing and composing experience, it’s satisfying.”

History said that their goal was to gain as much popularity in Korea as they have received overseas.

Dokyun stated, “If the opportunity arises, I’d like to have a concert in Korea just like we’ve had overseas,” and “It would be great to gain recognition from album sales and music broadcasts. We’ll be working hard so please show History a lot of love and interest.”

Check out the music video for “Queen” below!

Support the artist by buying HIM from YesAsia

History
How does this article make you feel?