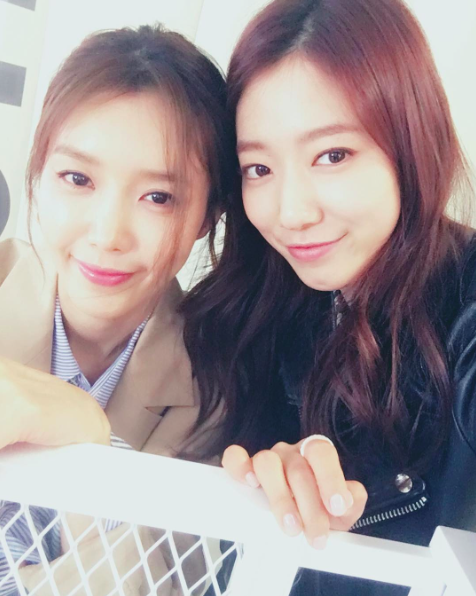 Park Shin Hye Shares a Pic From the Set of “Entertainer”

Actress Park Shin Hye recently visited the set of “Entertainer” and filmed a short cameo, and on April 26, she shared a photo with Chae Jung An from the set to her social media.

In the caption on the photo she posted to her Instagram, Park Shin Hye wrote, “Jung An unni’s drama~ Someone came to visit~~~!!! It’s Miss Park in the morning~ I came to give support, and ended up having a cup of coffee and doing a cameo~~ I hope it succeeds~~~~!!”

The cameo was a result of a spontaneous suggestion by the director when Park Shin Hye stopped by the set. Meanwhile, “Entertainer” premiered on April 20. Watch the first episode below!

Park Shin Hye
chae jung an
Entertainer
How does this article make you feel?