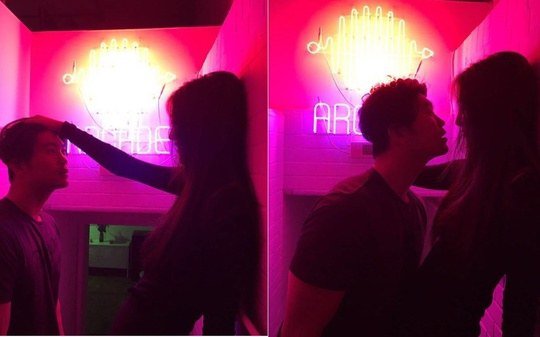 Sulli has once again expressed her affection for Dynamic Duo’s Choiza through social media.

On the morning of April 27, Sulli posted two pictures with her boyfriend Choiza on her personal Instagram.

In the first photo, Sulli is leaning against a wall and stroking Choiza’s hair, while in the second, he leans towards her as if to steal a kiss.

What’s specifically attracting attention are the captions she included with the pictures. On the first she wrote “I love you,” and on the second, “My muscle man.”

Recently, Sulli has been continuously posting lovey-dovey pictures with Choiza on her Instagram, like those they took together in Jeju.

What do you think of Sulli and her “muscle man”?

Choiza
Sulli
How does this article make you feel?