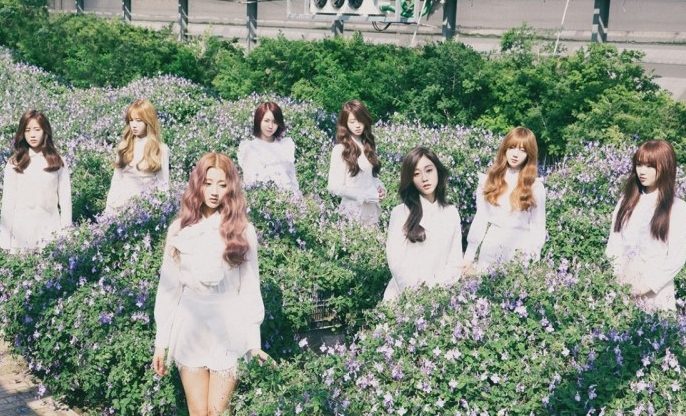 Is There A Possibility Of A Lovelyz U.S. Debut?

On April 27, Star News confirmed that Brent Fischer contacted Yoon Sang, who produced Lovelyz’s new album, conveying that he wished to support the group’s entrance to the American music market.

Fischer sent an email to Yoon Sang on April 25, complimenting “Destiny” as a really ingenious song with a world-class sound. He also went on to say that he was really impressed with Lovelyz’s voices.

After seeing the performance of their title song “Destiny,” it seems Fischer sent a “love call” to the group. The rookie girl group, who only debuted two years ago, seems to have a lot of potential.

Since Fischer, who has a big influence in the American pop market, is showing such interest in Lovelyz, it could mean that there is increased possibility of their entering the American music market. Lovelyz say that with the support from Fischer, they’ve gained strength and are enthusiastically looking into the possibility of an American debut.

In the meantime, their second mini album “A New Trilogy” was released at midnight on April 25.

The title song “Destiny” was produced by Yoon Sang and his team One Piece, with lyrics written by Jeon Gandhi and grooves taken from New Jack Swing. It certainly has a different feel to it than past Lovelyz songs, and has climbed charts as soon as it was released.

See the music video for “Destiny” below!

Support the artist by buying A New Trilogy from YesAsia