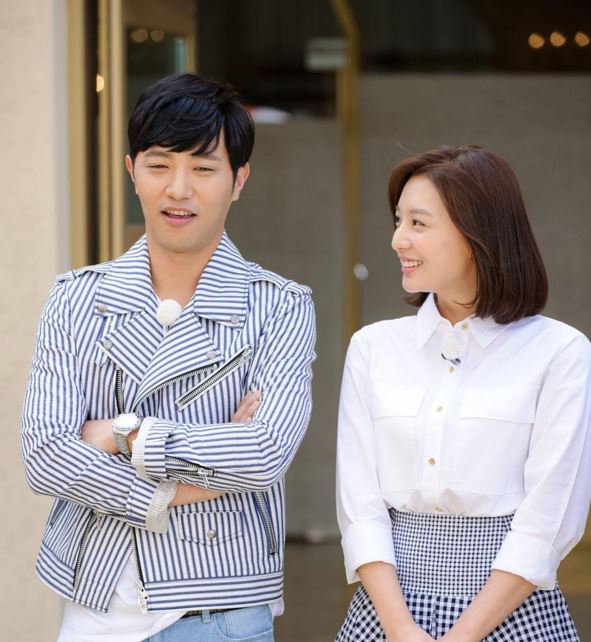 On April 27, SBS teased fans about this week’s episode via the official Instagram of “Running Man” by revealing a photo taken of the “Descendants of the Sun” stars during the recently held filming.

Wearing cute spring-ready pieces, Jin Goo and Kim Ji Won give off a couple vibe in their almost matching outfits. Smiling and radiating positive energy, they appear excited about their first variety show appearance together.

Will you be tuning in for this week’s episode of “Running Man”?