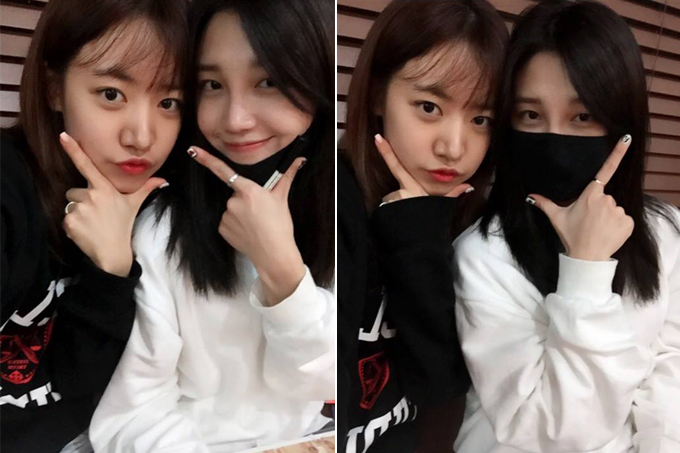 A Pink’s Jung Eun Ji and Namjoo will be appearing on KBS2TV’s talk show “Happy Together.”

According to reports on April 27, the girl group members are scheduled to participate in the filming on April 30.

This will mark Jung Eun Ji’s return to the studio three years since her previous appearance, as well as Namjoo’s first time to guest on the popular variety show.

Earlier this month, Namjoo was spotted wearing a cast around her neck due to an injury. Meanwhile, Jung Eun Ji is currently promoting her first solo album “Dream” released on April 18. Her title track “Hopefully Sky” has been extremely well received and currently ranks in the Top 5 of many major online charts.

This episode of “Happy Together” is expected to air on May 14.

Apink
Happy Together
Jung Eun Ji
Namjoo
How does this article make you feel?