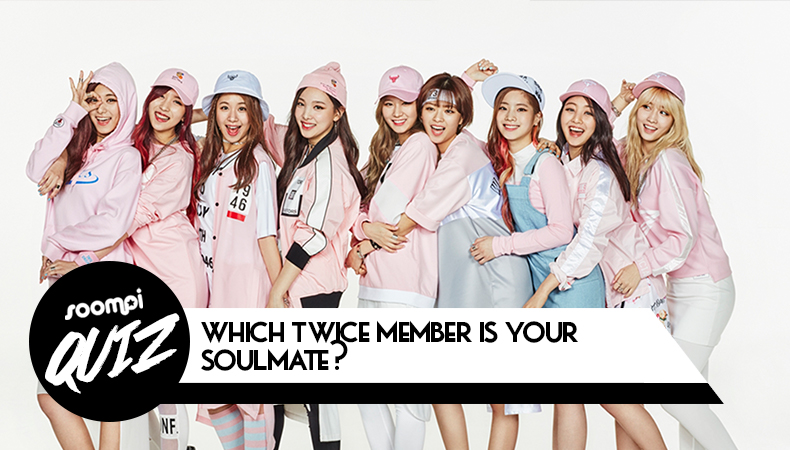 QUIZ: Which TWICE Member Is Your Soulmate?

The lovely girls of TWICE are back once again with their new album, “Page 2” and it has been taking over the music charts by storm! The group, formed through the reality show SIXTEEN, first debuted with their hit song “Like OOH-AHH” which was also a runaway commercial success. With one million hits on their new music video “Cheer Up” in less than 24 hours, these girls are set to ride the Hallyu wave and to break many more impressive records. Get to know the girls better and find out which one would be your perfect match!

Which TWICE girl is your soulmate? Let us know in the comments below!

gigglyypuff loves CNBLUE, Seohyun of Girls’ Generation, and Ji Chang Wook. She spends most of her time living in K-dramaworld, working out to K-pop, laughing with “Running Man,” and melting at the cuteness of the kids on “The Return of Superman.”