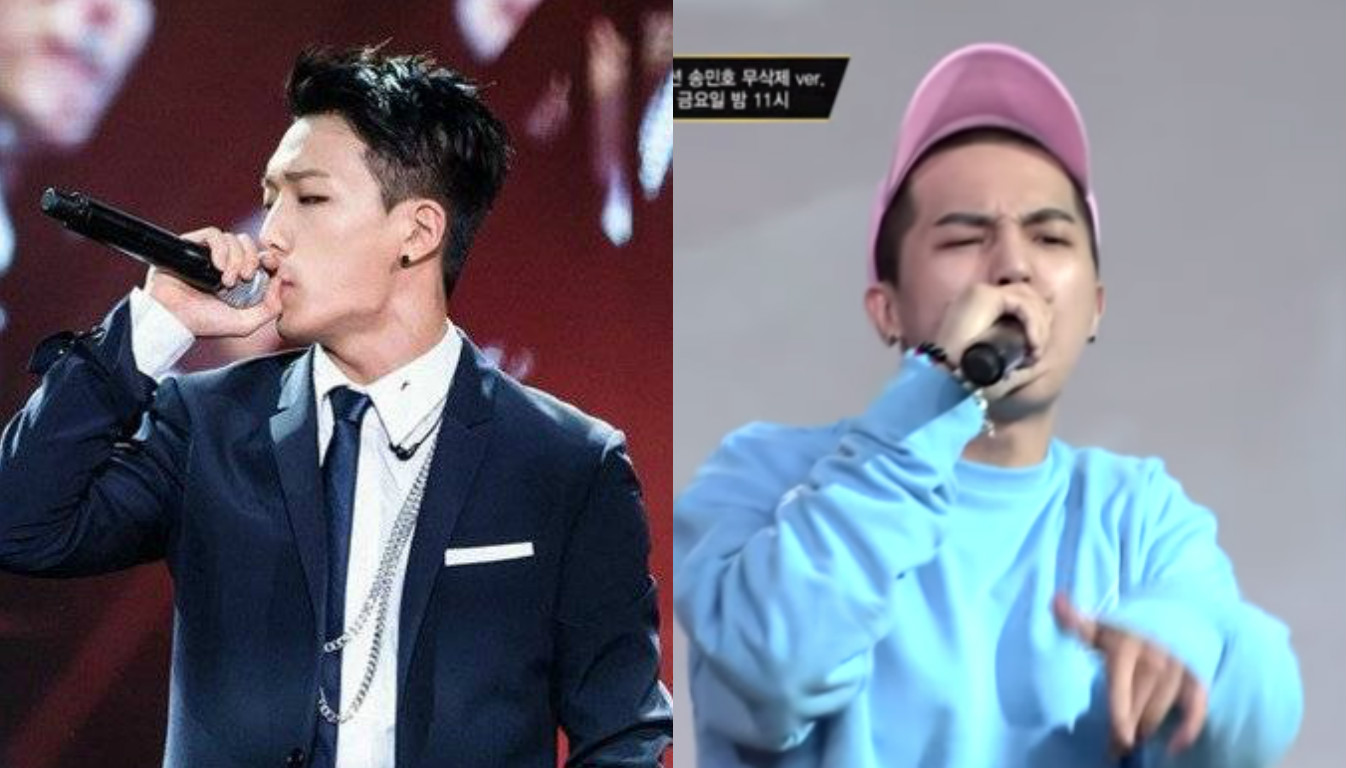 K-Pop Idols On “Show Me The Money”: Is It Fair?

With the fifth season of “Show Me The Money” now on air, I got to thinking about a few of the things that I love the most (and dislike) about the show.

For one, I’m a huge fan of music survival shows in general, especially the ones that involve auditions. I’ll always tune in to any show giving artists a chance to shine, and I’ll never get tired of this type of programming — no matter how many similar shows are on the air. Why? It’s because audition programs like “Show Me The Money” offer the appeal of an artist’s “come up.” 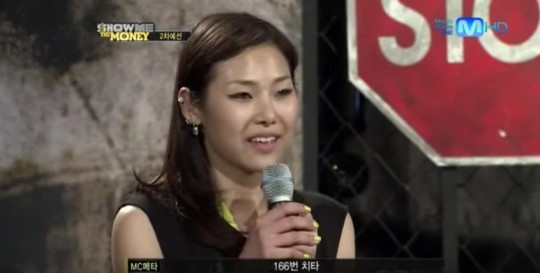 At the start of the program when a person first auditions, the contestants are more or less just the average joe. They’ve got ordinary jobs, a family that supports them, and an untapped talent that makes them special. If they’re lucky, they might even have a small music deal. Performed a few gigs here and there. But they haven’t made it big. Not yet. 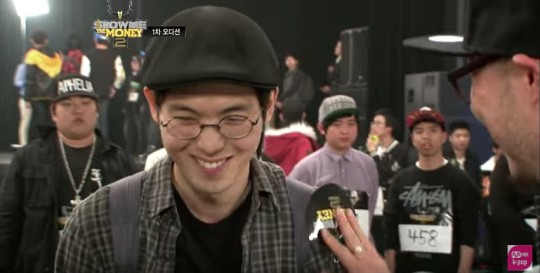 Then the show progresses. And right before our eyes, we see that talented average joe mature into a star. We watch a seemingly mundane life transform into one befitting of someone with extraordinary promise — all because he/she took the leap and auditioned for a music show.

That viewer experience, that sense of feeling like you’re a part of something big in somebody’s life as it happens, that’s what keeps me tuning in. Sure, the intense rap battles, the explosive conflicts, and yes, even the infamous “devil’s editing,” are entertaining. But nothing quite outdoes the classic underdog story.

The promise of this underdog premise is a big reason why I don’t care for idols auditioning for the show. They’re not underdogs. Not really. “Show Me The Money” lets the audience see talented artists who don’t necessarily have a great following finally be recognized for their talent by top rappers. But if idol rappers are already known for their talent in their respective fields, is it fair for them to compete alongside rappers who don’t already have that industry backing?

To me, it feels like idols — more so those coming from big labels and/or having large fanbases — start the competition a step higher than the rest of the contestants, and their overwhelmingly bright spotlight takes away from the smaller artists who haven’t yet gotten the chance to build theirs.

We spend more time figuring out which famous idols are going to appear on the show than we do being excited for what new talent the show is introducing. That, to me, dilutes the entire purpose of a survival audition program. What happened to just discovering new rappers? When did “Show Me The Money” become a vanity vehicle for idols to prove that they can rap against other “hardcore” rappers? 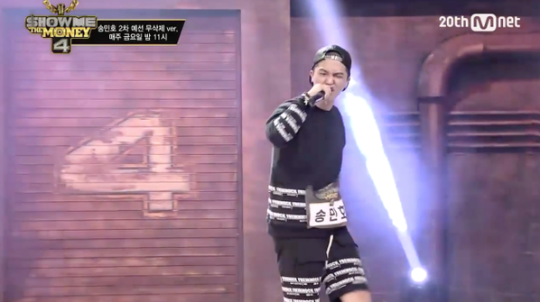 Don’t get me wrong. In some cases, idols can gain greatly from participating. Idols shouldn’t be banned from the show. The rising global popularity of K-pop caused an extreme over-saturation of groups in recent years, and it’s difficult to acknowledge every talented idol out there without dozens more going unnoticed. Appearing on “Show Me The Money” gives those underrated idols that needed exposure.

It also gives rappers a chance to highlight their true talent. There’s only so much any artist can ever show in a group, especially rappers, who barely get 20 seconds on a song. We finally get to see what they can do on a track when they’re not limited to a few short seconds. Sometimes, those extra seconds are all a rapper needs. 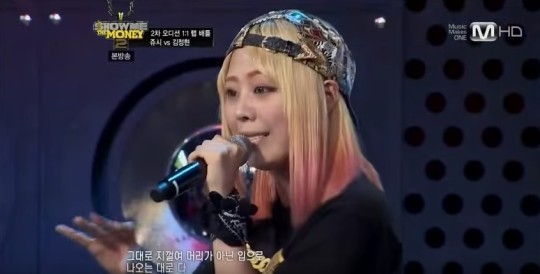 However, because of Bobby’s massive success after winning his season, it feels like all the rappers auditioning now are vying for that same outcome. Lightning rarely strikes twice, and it’s unclear if any other idol will ever garner as much success as Bobby did.

Now, with heightened idol participation, the show relies on the stigma against idol rappers for conflict. The show puts so much effort into setting low expectations for idol rappers that, when they’re actually really good, it’s somehow supposed to come off as a shock.

This “idol” rappers versus “real” rappers narrative is stale. What (or who) exactly determines whether or not someone is a “real” rapper? Are you only a real rapper when you’re performing underground? Do your rap skills suddenly become invalid once you train and debut in an idol group?

Obviously, not all idol rappers are great. Everyone knows that. But that doesn’t make underground rappers better by default. Jay Park, at one point, was an idol. Zico, although originally starting off underground, technically is an idol as well. It’s their talent that helped substantiate their names in the Korean hip-hop scene, and neither needed a rap show to prove it. 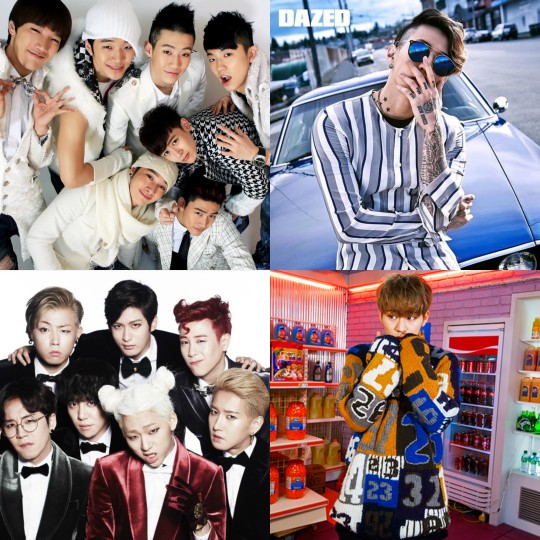 I would love to see more idol rappers go that route. Whether through solo promotions and features or collaborations and mixtapes, I’d love to see idols using the platform that they already have as idols to prove their rap skills. You don’t need to compete on “Show Me The Money” to be a “real” rapper. It seems like idols forgot that.

As a whole, it just feels like the program is deviating further and further away from what it was originally. Maybe I wouldn’t mind it so much if “Show Me The Money” were structured more like its “Unpretty Rapstar” counterpart, where in the latter participants don’t necessarily audition but are set from the first episode. I wouldn’t be opposed to another show for idol rappers in the same vein as “Immortal Song,” but even I know that’s too much.

I can’t lie, though. Despite all of this, I’m still tuning in for the fifth season of “Show Me The Money.” I’m hopeful this season will remind me why I loved the show in the first place, but I won’t hold my breath.

What are your thoughts on this? Do you like that more idols are appearing on “Show Me The Money,” or would you rather idols prove their rap skills in a different way?

brookenicole is an entertainment writer with a huge love for K-pop and an even bigger love for playlist creation. You can find her on Twitter here.

Soompi Spotlight
Show Me the Money
How does this article make you feel?