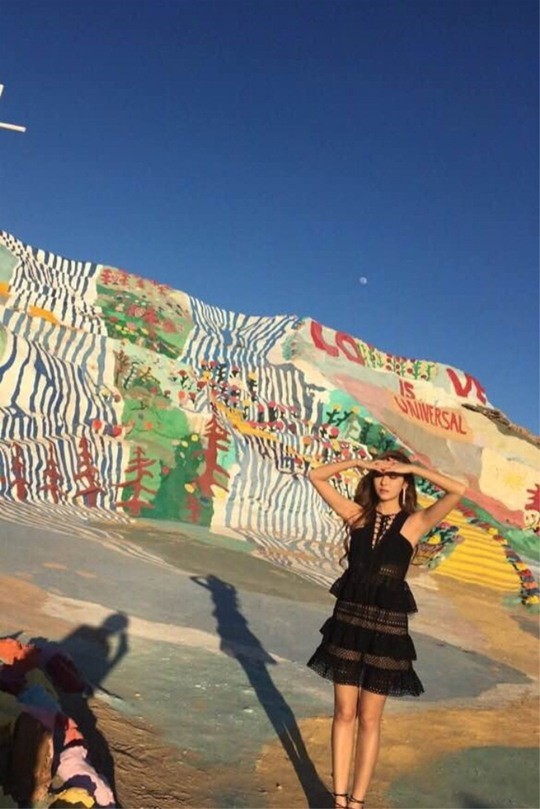 With her imminent comeback as a solo singer, Jessica posted a picture on her Instagram, revealing that she filmed her new music video in Los Angeles, California last month.

In the photo, the singer appears to be taking a short break from filming, while she stands against a colorful landmark. Jessica is enchanting, wearing a black mini dress that shows off her fantastic proportions. She also leaves a message for her fans, expressing her excitement for what’s to come. 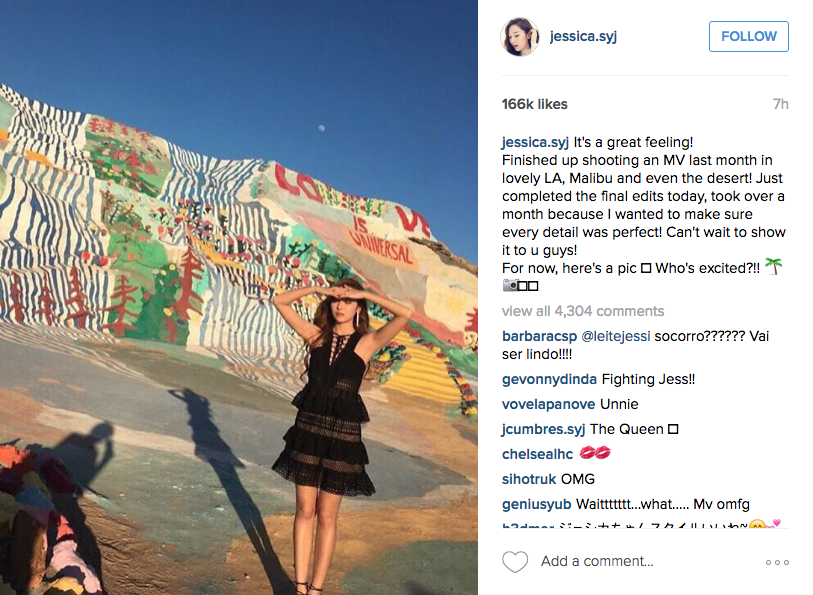 Her agency, Coridel Entertainment says, “The music video that was filmed in LA last month was finally completed today. Just editing the video alone took over one month, and we devoted ourselves to making a perfect music video that would match her new song. We’re satisfied with the final result, and can’t wait for all the fans to finally watch it. We put in all our efforts to showcase music that suits Jessica, since it’s been a long time since she’s released an album. We hope everyone will be interested and excited for her new album, which will be released very soon.”

Meanwhile Jessica will release her solo album sometime in May. In addition to her long-awaited return as a singer, she also recently set up her own official fan club.