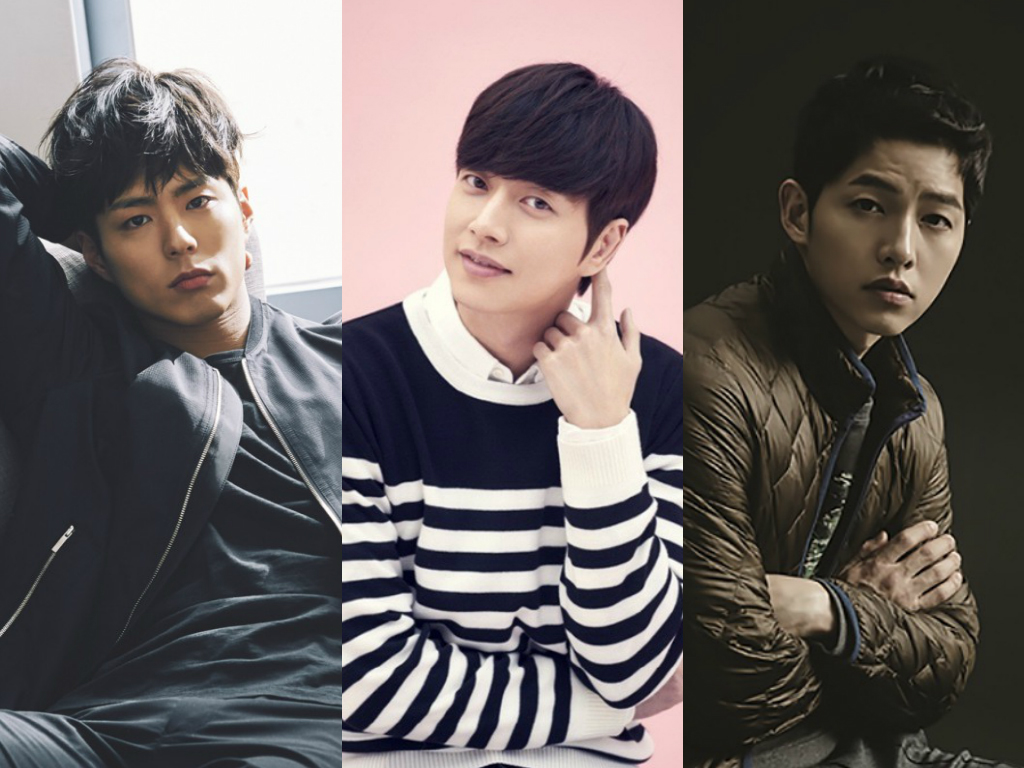 In honor of the upcoming Parents’ day in South Korea, a survey was run amongst female students at Seoul Arts College, who were asked to choose the celebrity who would be “a good son-in-law that treats his parents and in-laws well.” In other words, who would they like to have as a husband, when thinking about how he would treat their parents.

Loved both domestically and internationally for his roles in “My Love From the Star“and “Cheese in the Trap,” to name a few, Park Hae Jin was recently the first Korean actor to have a special Chinese stamp printed in his honor, suitably named the “Park Hae Jin Stamp.” The actor is well-known as a “giving angel” for his volunteering contributions and donations to various causes, such as personally handing out coal briquettes alongside Seoul Arts College students, helping lone elderly people and Busan flood victims, and his efforts in regards to the Sewol Ferry Disaster.

Meanwhile, Song Joong Ki and Park Bo Gum are respectively second and third place. Song Joong Ki is extremely loved for his role as Captain Yoo Si Jin in “Descendants of the Sun,” which was so popular it created a “‘Descendants of the Sun’ syndrome” that’s been sweeping across not only South Korea and China, but also countries worldwide. Park Bo Gum also experienced an increase in popularity through his role in “Reply 1988,” and his appearance in the Africa edition of “Youth Over Flowers.”

All three of these actors were reportedly chosen because they look like they have gentle personalities, capable of approaching parents in a well-mannered, but good-natured way.

Who do you think is best “husband material”?