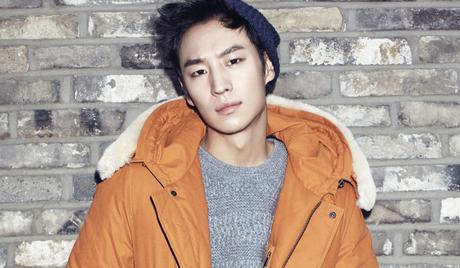 Spring is a season for lovers, and even Lee Je Hoon is not free from it.

During an interview with Sports Donga on April 28, Lee Je Hoon commented on his long six-year period without a lover, saying, “Part of me didn’t want a relationship, part of me couldn’t even if I tried.”

“I started my career when I was older than others. Every piece of work I was given was so special to me that I dedicated all my time to working. I also had to go to the military, so I thought to myself, ‘Let’s not make any regrets while acting.’ I really wanted to meet the public again after being released from the military through a great film or drama,” he said.

“Because I had worked non-stop, I never even realized it had been that long since my last relationship. Though I was eager to meet someone, I’ve realized it’s not easy to create a connection like that,” he added. “Though at first it was me avoiding relationships, now I just can’t even though I want one.”

He made his desire for a relationship very clear.

“I really want to date. I always tell my friends, ‘Introduce me to someone good around you,’ but they always refuse and say, ‘That’s a bit difficult.’ It’s probably because I’m already known to the public, and the other person may feel pressured. I feel like it’s getting harder to get to know other women in a romantic way.

Lee Je Hoon also seems to have little luck in female partners in films and dramas as well. He does not have a love interest in both “Signal” and “Detective Hong Gil Dong.” The only piece that has a romantic air to it is “Architecture 101,” in which he acted with Suzy.

When offered the option of acting in a romantic comedy to at least enjoy the fake experience, Lee Je Hoon was all up for it.

Meanwhile, “Detective Hong Gil Dong” is a drama in which Hong Gil Dong faces the mysterious Kwang Eun Clan while trying to solve a 20-year-old case. Lee Je Hoon is taking on the role of Hong Gil Dong, private detective and head of the detective agency Hwal Bin Dang. Also starring Go Ara and Kim Sung Kyoon, the movie will be released on May 4.

Lee Je Hoon
How does this article make you feel?