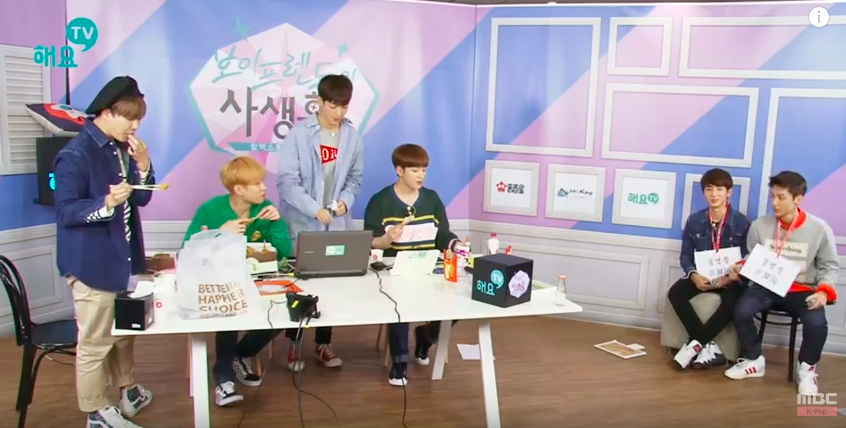 The second episode of iMBC’s “Private Life of Boyfriend” showed the members covering various K-pop songs, showing off the members’ goofy sides as they tackled musical challenges from TWICE to even Zion.T.

The show has proven its popularity already despite only two episodes. During the first episode that aired on April 20, just in China, they recorded 6.7 million likes and over 120,000 viewers. You can watch it every Wednesday at 9 p.m. KST through the Hey O app.

Watch Boyfriend’s crazy cover of “Pick Me” from “Produce 101”:

Boyfriend takes on TWICE with their hyper performance of “Like Ooh Ahh”:

Boyfriend meets Lovelyz for their cute cover of “Ah-Choo”:

And lastly, they slow down for their rendition of Zion.T’s song “Yang Hwa Bridge”:

Thanks to Bea for the tip!

Private Life of Boyfriend
Boyfriend
How does this article make you feel?