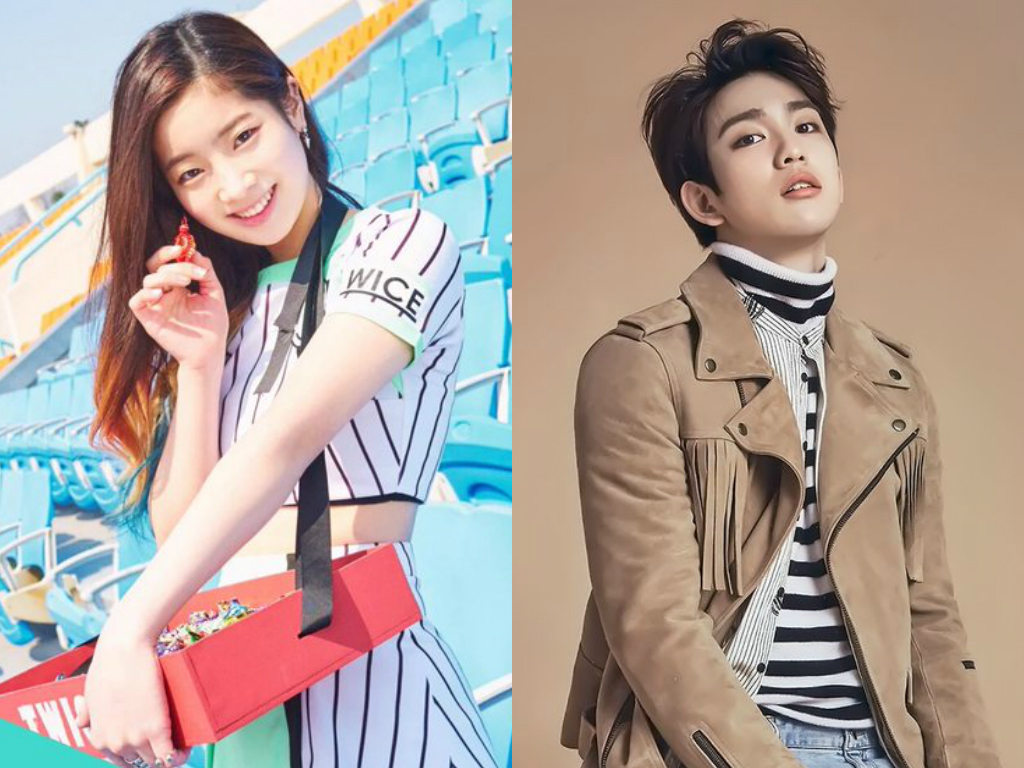 On May 1, fans will be able to see GOT7’s Junior and TWICE’s Dahyun show off their abilities as special MCs for SBS’s “Inkigayo.”

Dahyun will be taking the place of Kim Yoo Jung, who has officially departed from the show. TWICE will also have their “Inkigayo” comeback stage for their new song, “Cheer Up,” on this day.

Dahyun has already shown off her skills in this field when she was a temporary, one-day MC for “Three Kings,” in place of EXID’s Hani, who was taking a hiatus at the time. She was commended for actively participating and showing good reactions during the episode.

Meanwhile, Junior will emcee in place of BTOB’s Yook Sungjae. With GOT7’s Jackson already a regular MC on the show, many are looking forward to seeing the collaboration between these three JYP Entertainment artists.

Since Kim Yoo Jung’s departure as an “Inkigayo” MC on April 3, a different special MC has been featured every week in her place. So far, Lee Soo Min, from EBS’s children’s show “Boni, Hani,” Park Shi Eun, a child actress known for her roles in “Signal” and “Six Flying Dragons,” and TWICE’s Nayeon have also appeared on the show as MCs.

GOT7
TWICE
Junior
Dahyun
Inkigayo
How does this article make you feel?