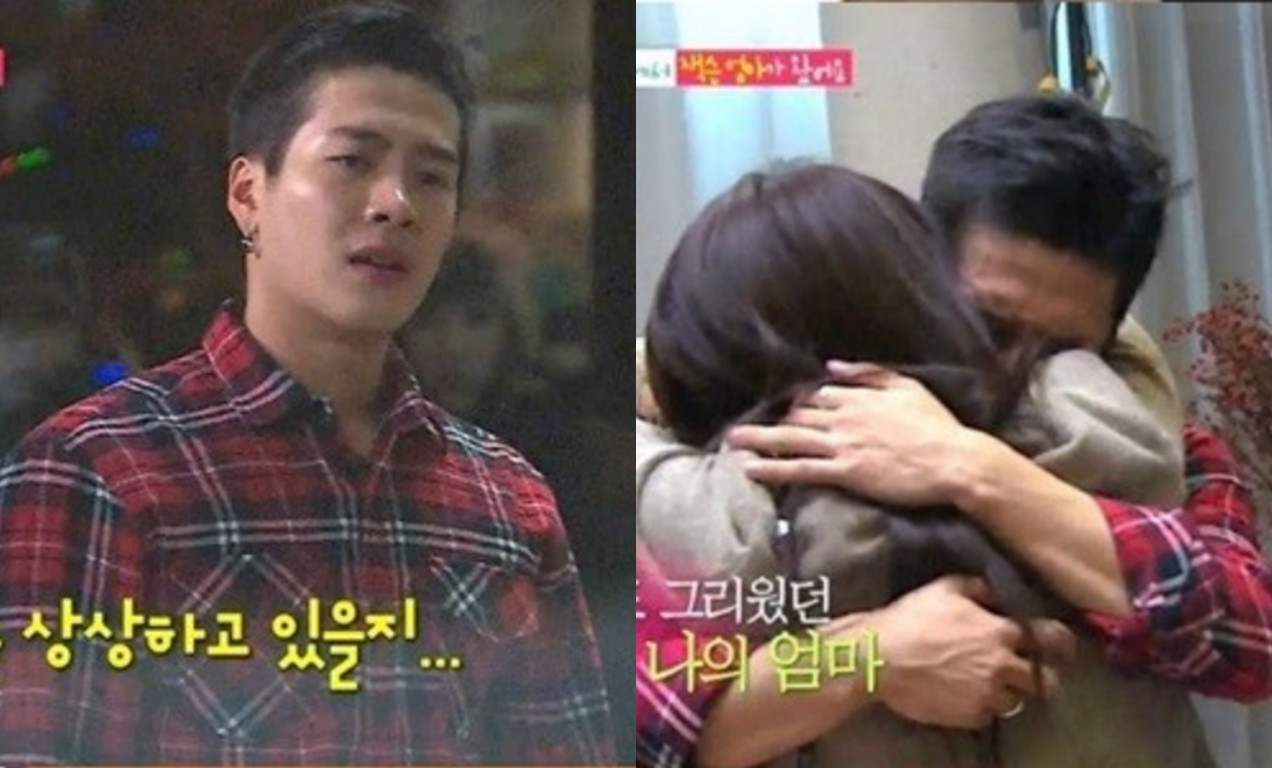 7 Tearful Moments Between K-Pop Idols And Their Moms

Many times, to pursue their dreams, trainees will leave their families at a young age and train in a company while staying at a dorm. Over the years they mature into idols but the separation from their parents, especially their moms, is never easy. When they get to meet their parents, or see them at a performance, it is always touching when they express their gratitude to their mothers. In honor of Mother’s Day, here a few idols just loving their mothers!

Seohyun’s mother was actually a surprise guest on a TV show that Girls’ Generation was filming, and she was able to hide her identity in front of the group and her daughter. The group becomes emotional as they explain that they have banned the word mom from their vocabulary because they miss their mothers too much. After a short conversation the identity of Seohyun’s mother is unveiled and her mom gives her something she had been saving for her wedding day!

Hearing that his parents had come to the concert, Jin spotted them with the help of the fans and the rest of BTS. He proceeds to talk about his mother’s patient and understanding disposition in this great clip!

This video would make any ARMY proud, as Jin thanks them for giving his parents a reason to be proud of him.

Famous among the K-pop industry for being a gentleman, it is no surprise that Jackson loves his mom. On numerous occasions Jackson has mentioned his mother, and how much he misses her since he came from Hong Kong to Korea. His appearance in the second season of “Roommate” was no exception, and he talked about her often. During a Christmas party, all of the celebrities invited their parents over, and Jackson continued to be positive and upbeat. However, Park Jin Young had a surprise present for Jackson!

The maknae of B.A.P read a letter to his parents during a concert the group held in Seoul. Emotional and touching, Zelo’s letter told about his training days and how his parents supported his dream to pursue music. He apologizes to his mother for some misunderstandings and thanks her for all of her efforts as he fights back tears.

Try not to cry as you watch this moving clip!

During the filming of reality series “Birth Of A Family,” L’s mom came to INFINITE’s dorm and had a meal with the members. She not only brought baby pictures with her, but she also wrote a letter for Myung Soo. She wishes the best to the group and shares some very heartwarming words with her son.

The love L has for his mother is very apparent as he becomes overwhelmed.

Leaving his family behind in the United States, Bobby became a trainee to become a rapper at YG Entertainment. He mentions his mother a lot, just like Jackson, and he always speaks highly of her. During the filming of “WIN: Who Is Next,” a reality program where two teams battled for the chance to debut as artists, he gave his family a video call that is filled with sentiment.

Bobby truly becomes an example of how people should love their mothers once again in the final performance of Team B on “WIN: Who Is Next.” He takes to the stage and begins “Climax” with his solo rap that he composed about his mother. He promises her a house and desperately calls out to her in this moving performance that even brought tears to Yang Hyun Suk’s eyes.

Bobby also appeared on the rap competition TV show, “Show Me The Money 3,” where he eventually took home the grand prize. His winning speech consisted of him telling his mom to pack her bags, because he was going to buy her a house in Korea with the prize money. Near the end of last year his parents finally moved to Korea, and Bobby was able to begin the next part of his dream as iKON debuted.

Bobby sure knows how to melt hearts!

During the filming of “B+Diary” BTOB was given a special surprise for the holidays when their moms recorded video messages for them. With some tears and a good amount of laughs, the boys received the advice and encouragement from their moms as they applauded between each clip.

Tell us which moment you found the most moving in the comments, and have a great Mother’s Day!

t0ky0nights is a K-pop enthusiast, whose interests include many forms of Japanese, Chinese, and Korean entertainment. She can be found dancing or writing articles, as well as fiction and lyrics, most of the time. You can find her on Instagram here.