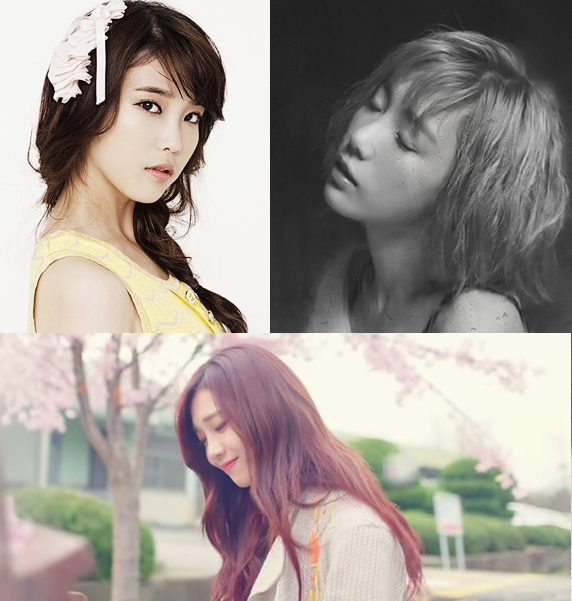 Topping the list is the leader of Girls’ Generation. With her solo debut with “I” in 2015, Taeyeon was given the opportunity to show off her vocal skills. Industry insiders overwhelmingly chose her as Korea’s top female vocalist, with 19.44 percent of the votes going to her.

Insiders showered her with such praises as, “She’s a vocalist with unmatched visuals and timbre,” “Her solo album was filled with songs that were totally different from the usual Girls’ Generation concept, and her vocal spectrum is very wide,” and, “I was surprised at how easily [Taeyeon] can sing with her distinct voice and long breath phrases.”

Tying for second place, IU was chosen by 11.11 percent of the industry insiders. One of the few active solo artists, the insiders called her a “rare item,” saying that she’s “an artist who’s received a lot of love from all generations for showing exceptional talent across a wide spectrum, from her singing and musicianship to her acting,” and that she has “a unique sensitivity and an uncanny, high tone.”

Also making second place with 11.11 percent of the votes is A Pink’s Jung Eun Ji, who only recently made her solo debut with “Hopefully Sky.” Despite that, insiders said that Jung Eun Ji has proved her vocal talent not only as a lead vocal for her group, but also through her performance on MBC’s “King of Mask Singer.”

More comments from insiders included, “Her singing ability transcends her idol status, making large strides for idol vocalists,” “She’s got sensitivity, power, and character all wrapped up into one emotive person,” and, “I look forward to hearing more from her.”

Who would make your list of top female vocalists? Let us know in the comments!