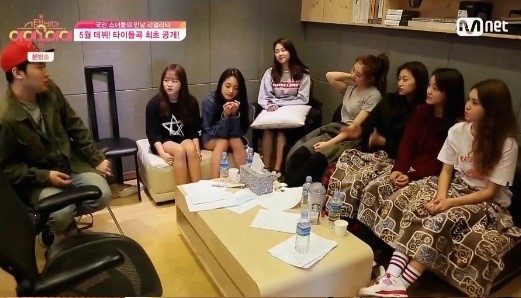 The members of I.O.I are one step closer to their official debut!

On the second episode of Mnet’s “Standby I.O.I,” which aired on April 29, the girls record their title track, practice their new choreography, and even begin filming for their upcoming music video.

Their title track was actually chosen by the members themselves through a blind voting, in a similar way to how the group itself was formed. After hearing the titles of the potential candidates and listening to each track, the girls voted on which song they wanted as their debut title track. The chosen song is a bright and hopeful song that talks about reaching for your dreams. According to the members, they wanted a meaningful debut song, and liked how it incorporated many different styles. 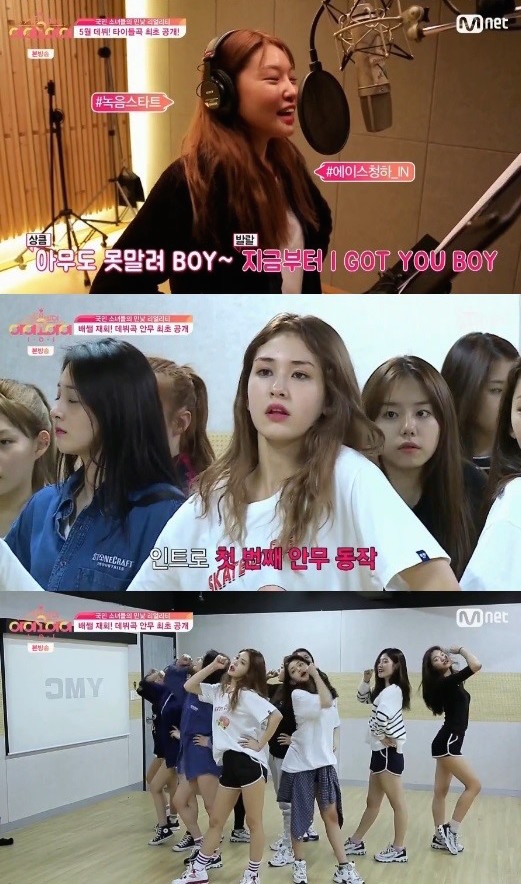 I.O.I also seek out choreographer Bae Yoon Jung in order to practice their new dance. The members concentrate while listening to her direction, figuring out where they should be throughout the choreography.

In addition, the episode reveals a look into the set of I.O.I’s photo shoot for their album, where the members happily converse with each other, as well as show off their individual skills. Kim Sohye imitates Hima (Shin-chan’s little sister from animated show Crayon Shin-chan), while Jung Chaeyeon and Lim Nayoung do their version of the “I dreamt of a ghost” aegyo.

Watch the girls continue to get ready for their debut below, and listen to a sneak peek of their song as well!

I.O.I
Standby I.O.I
How does this article make you feel?