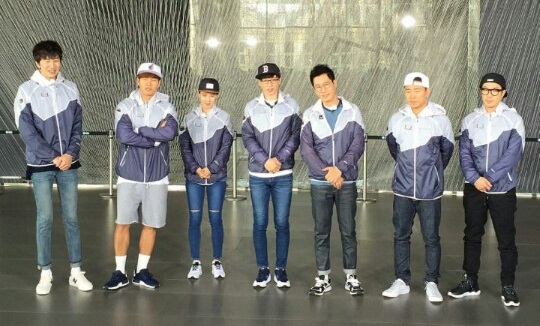 When “Running Man” first aired, and for the following few years, the name tag game was what made the show’s popularity rise. Even the members’ nicknames on the show were created based on how they behaved during the chase.

However, episodes these days have been more focused on the “Running Man” members themselves rather than games, just like the “A/S” episode that had members reveal feelings about each other.

When asked about the program change during a recent interview with producer Lee Hwan Jin, he first thanked the viewers for the attention and explained, “The recent episodes were prepared because I thought the show needed to focus on the members. The name tag game is a representative game of ‘Running Man,’ but I don’t think that’s all there is to the show. What represents ‘Running man’ is the members who carried on the show for six years.”

The producer also clarified his reason behind filming usually in studio sets instead of outside. He said, “I’m not only for filming indoors. I hope the viewers can understand this short period as a time to rest. Since we’ve confirmed the members’ care and love for each other, all there’s left to do now is keep going forward.”

Lastly, Lee Hwan Jin assured the fans, “You will be able to feel the ‘Running Man’ excitement again soon.”

Watch the more recent episode of “Running Man” below.