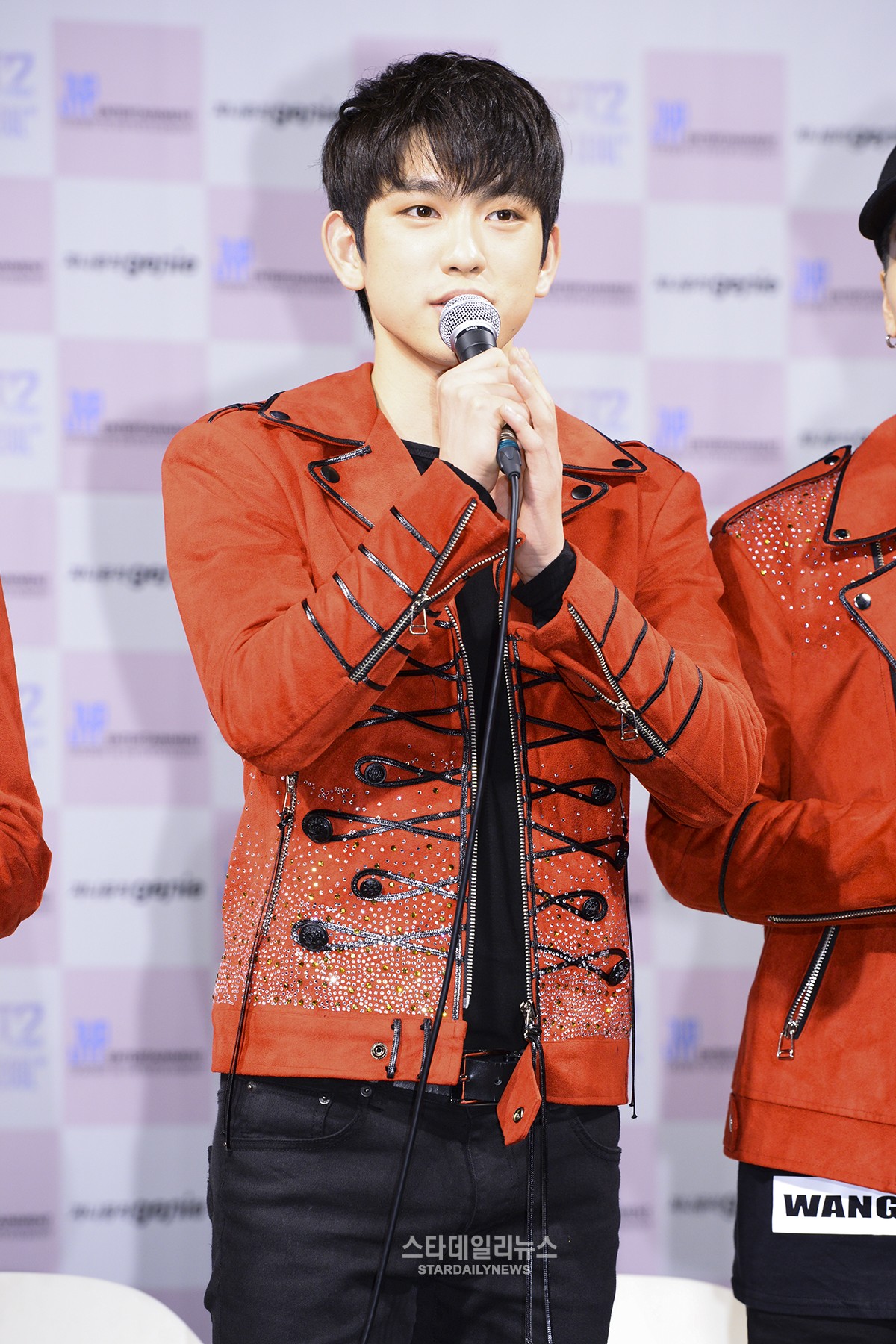 GOT7 is currently holding their first set of concerts since their debut, and the members revealed how they feel during the press conference before the event.

Jr. said it took a long time to prepare for the concert and also mentioned the absence of the group’s leader JB, explaining, “We prepared a lot since this is our first concert in Korea. I’m glad that our first concert yesterday ended well. It felt a bit empty since our leader JB was not there, but we still tried our best.”

He continued, “We sang the songs excluding JB’s parts, but our fans started singing with a loud voice and filled his spot.”

Mark added, “We were very thankful that the fans filled JB’s spot. It was touching.”

Meanwhile, JB could not participate in GOT7’s first concerts on April 29 and 30 due to a spinal injury.

GOT7
Star Daily News
JAY B
JR
How does this article make you feel?