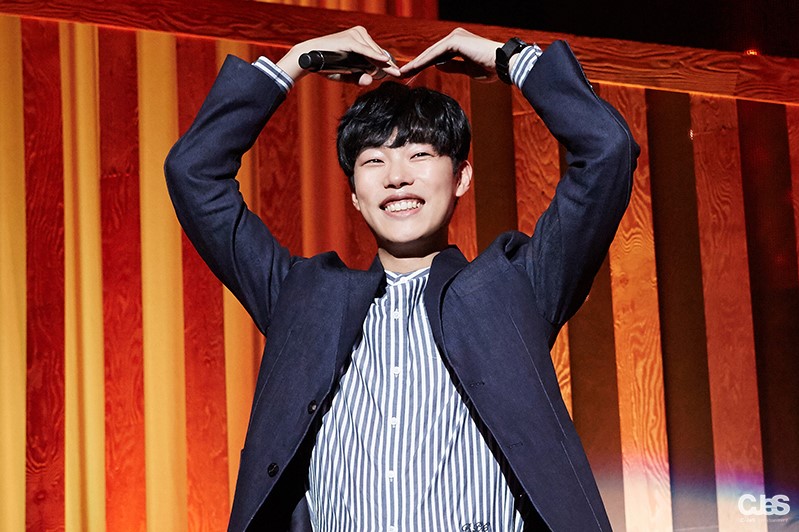 Actor Ryu Jun Yeol thrilled fans at his fan meeting by serenading them with a song!

On April 2, Ryu Jun Yeol had his first ever fan meeting, which was held in an auditorium at Yonsei University. The actor’s agency C-JeS Entertainment uploaded a short video from the fan meeting on April 27, in which Ryu Jun Yeol performs a cover of Kim Dong Ryul’s “Old Song.”

Fans have also shared their own videos of the touching performance. Check out one of them below!

On April 27, in addition to photos from the event, C-JeS also posted a video of Ryu Jun Yeol rehearsing the song before the fan meeting.

Ryu Jun Yeol recently shot to stardom due to his performance as the beloved character Junghwan in the tvN drama “Reply 1988.” He will soon be back on television when he stars alongside Hwang Jung Eum in the drama “Lucky Romance.”