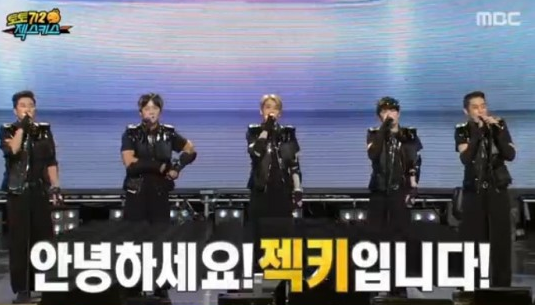 Six stars shined brighter than any other on this week’s “Infinite Challenge.”

Together with Go Ji Yong, first generation idol group Sechs Kies finally stood on stage for the first time in 16 years. It was a moment of true happiness as members and fans alike shed tears as they look at each other for the first time since their disbandment in 2000.

On the March 30 episode of MBC variety show “Infinite Challenge,” after completing their Hanamana event performing at a highway rest stop as well as at a folk village, Sechs Kies make it to their final destination at the Sangam World Cup stadium. Sechs Kies members record audio messages for their fans and just five hours before the event, the performance is finally promoted through the “Infinite Challenge” Twitter page. The members gather in the dressing room as they wonder about how many fans might be able to make it, both nervous as well as excited.

Lee Jae Jin, who is completely anxious, says, “It’s not just one or two years but 16 years that have passed and so my confidence has shrunk just as much.” Despite his concerns, however, fans hear about the concert through Twitter and one by one make their way to the stadium.

Finally, the sixth member of Sechs Kies, Go Ji Yong, appears in front of the other members. Go Ji Yong has not made a single broadcast appearance since their disbandment, leaving the entertainment industry and achieving success in the corporate world. As he comes in, the other members burst out in huge smiles. Go Ji Yong says, “Through “Infinite Challenge,” I hope that our members will be able to promote more actively. Although it doesn’t pertain to me, I do sincerely hope that for the other members,” showing his desire for their reunion. 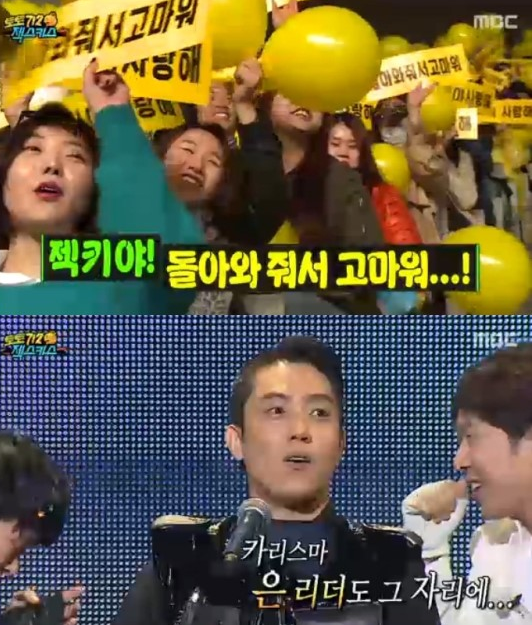 As they see the group on stage for the first time since 2000, the fans start to chant in unison “Sechs Kies jjang!” and as the members see just how many of their fans have gathered, wearing the yellow color that represents their fandom, the Sechs Kies members start to cry as they embrace each other.

Sechs Kies puts on a passionate performance for their fans, starting from “Com’Back” to all of their other hit songs that took the 90’s by storm. Go Ji Young joins them on stage for their last performance “Would You Remember,” which was the last song they sang before their disbandment. As he comes on stage, the fans shout out his name and he again starts to tear up as he joins the rest of his members in the performance.

Check out two of the emotional performances below!

SECHSKIES
Infinite Challenge
How does this article make you feel?