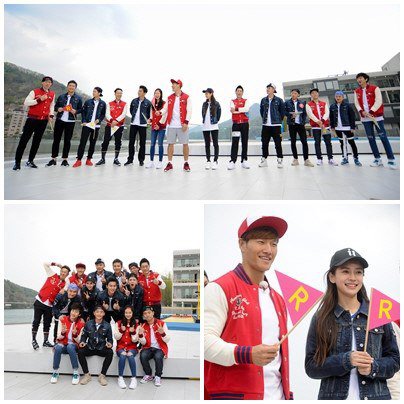 On April 18, it was revealed that the crew from the SBS variety show “Running Man” will be reuniting with cast members from the Chinese version of the show, “Hurry Up Brother” in Gyeonggi-do. It looks like, however, this episode is unlikely to be aired in Korea.

PD Lee Hwan Jin explained, “Although we are in discussions right now, the possibility is high that you will not be able to watch this episode in Korea. First off, the concepts between the Chinese and Korean versions are so different. The image of the two shows is completely different from each other. Another problem is that it is hard to find a broadcast time as well as figuring out the language barrier in the show. The Korean cast joined the episode to help out the Chinese cast members. It was a fun environment and a happy collaboration but because of the air time, it would be difficult to show it in Korea.”

The Chinese cast members came to Korea with the episode concept of “Spending a vacation in Korea” and enjoyed their time in Gapyung together with the Korean cast members. PD Lim Hyung Taek led this reunion.

Meanwhile, on the May 1 episode of the show, the “Goo-Won” couple will be reunited, as Jin Goo and Kim Ji Won, of the wildly popular drama “Descendants of the Sun” star as guests on the show.

Watch the latest episode of “Running Man” on Viki below!