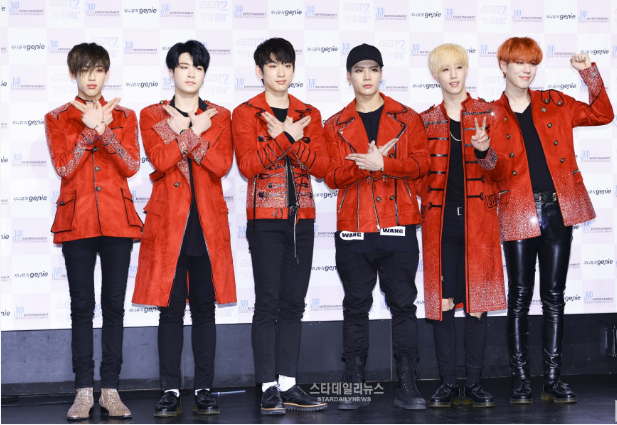 JB Supports GOT7 Despite Not Being Able To Perform At Concert

Although he was not able to participate in the concert, GOT7 members made sure to acknowledge fellow member JB.

GOT7 held a press conference on April 30 for their first concert series “Fly In Seoul” at the Seoul Songpa Olympic Hall.

On this day, Yugyeom mentioned, “JB wrote in our group SNS chat, “I know and believe that you will do well. I’m cheering for you. Do well and come back.” It was heartwarming and touching.”

He continued, “This concert really seems like a dream. It’s so amazing that this dream has become a reality.”

Youngjae and JB were set to hold a duet stage but Youngjae explained, “I’m going to go on stage by myself and try to fill JB’s place. JB felt really sorry about it. So I’m going to work even harder.”

JB is unable to perform due to a problem in his spinal disc but he did make a surprise appearance at their concert on April 29. About this, Yugyeom said, “I’m not sure if he will come on stage today. He needs to get healthier.”

GOT7’s concert series is on April 29 and April 30 at the Seoul Olympic SK Handball Stadium.

GOT7
Star Daily News
How does this article make you feel?