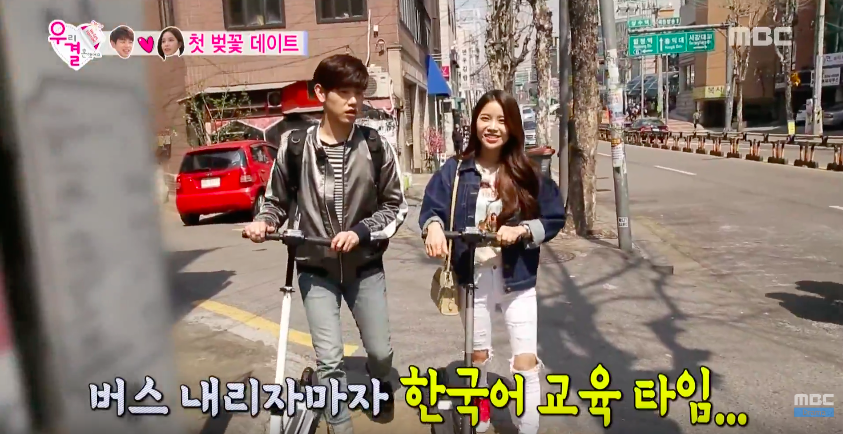 Watch: Solar Is Intimidated By Her Perfect Husband Eric Nam

Eric Nam is making quite the impression on his virtual wife Solar, of MAMAMOO.

On the April 30 episode of MBC variety show “We Got Married,” Eric Nam and Solar go on a date as they walk along the street enjoying the cherry blossoms. As they enjoy the scenery, Solar stops to check her teeth and realizes she had something stuck in them because she had been drinking a mixed grain smoothie. Once he realizes that she might be embarrassed, he hands her a tissue as he blocks her from the camera’s view, showing his consideration for her image.

His kindness doesn’t stop there as their date continues. As they walk, Eric mixes in Korean and English as they talk together and when they meet a group of Chinese fans, he even talks to them in Chinese, which surprises Solar. When he shares that he can speak in four languages, Spanish, Korean, English and Chinese, Solar becomes speechless.

In a later interview with the show’s producers, Solar shares, “Since he can do everything perfectly, I’m a bit intimidated. Instead of becoming closer, I feel like we’ve become further apart.”

Check out the clips below and let’s hope that they can get closer in the near future!