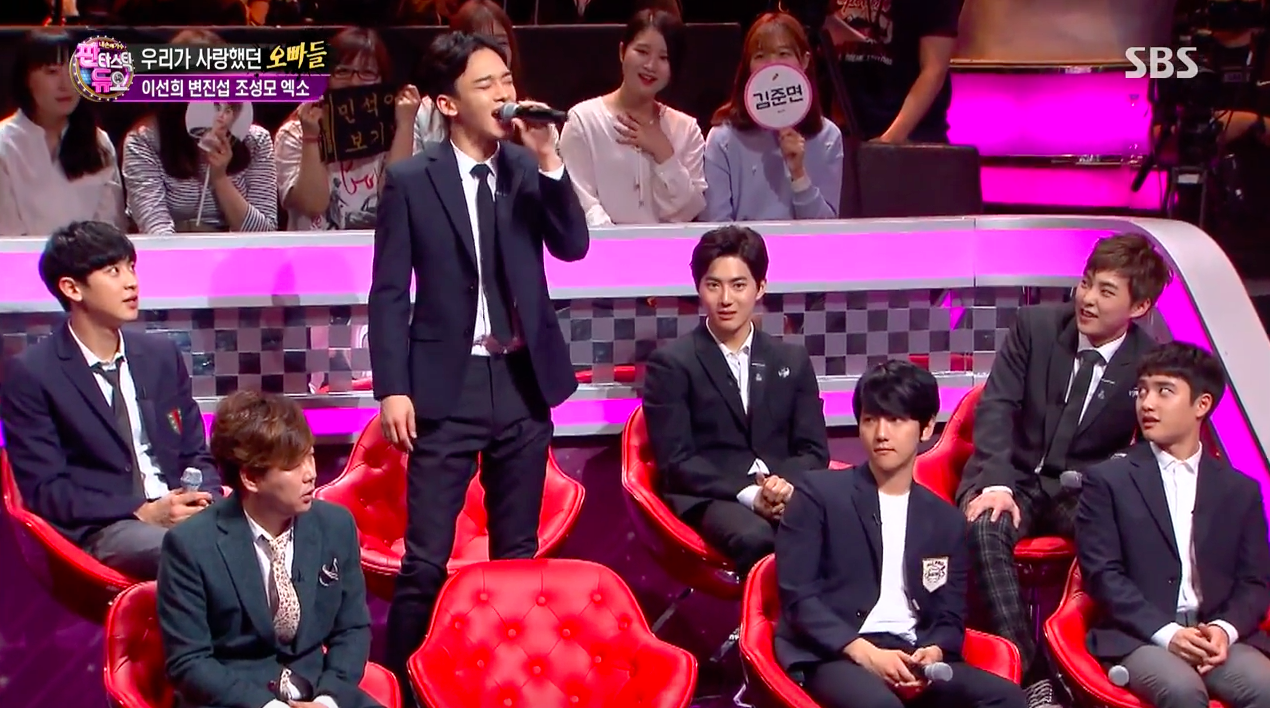 Members of EXO appear as guests on May 2’s episode of “Fantastic Duo,” where they get the chance to show off their vocal talents as well as their aegyo!

During the show, the panel talks about fellow guest Jo Sung Mo’s song “Immortal Love,” which features an incredibly high note that many of the contestants struggle to pull off. When EXO is asked if they can do it, Chen nominates fellow member Xiumin and explains, “Xiumin really likes this song.”

Xiumin warms up his voice first, but when he makes his first attempt, his voice cracks before he gets to the high note. A member of the panel says he has a cold, and the crowd cheers him on before he makes his second attempt, which he pulls off!

The guys then nominate Chen to go next, who stands up and sings the three octave jump seemingly effortlessly.

Xiumin also reenacts a famous cheesy commercial starring Jo Sung Mo during this episode, with hilarious attention to detail about his aegyo.

Watch the guys perform “Growl” on “Fantastic Duo” below!

EXO
Xiumin
Fantastic Duo
Chen
How does this article make you feel?