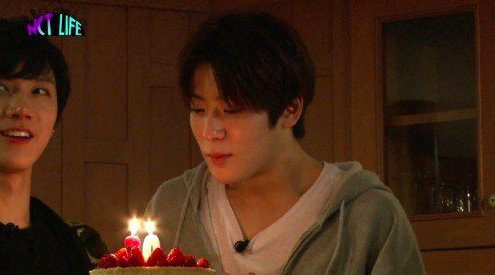 The members of NCU and SM Rookies have proven they already have a strong bond, surprising member Jaehyun with a birthday party!

On the May 1 broadcast of “NCT Life” via the Naver V App, member Ten is discussing the group’s concert when the other members come out with a cake and start singing for Jaehyun.

Jaehyun expresses his thanks, saying, “This is just… everyone really went all out on celebrating for me.” After everyone shares their wishes for Jaehyun, they then participate in a compliment relay, sharing touching messages about each other. 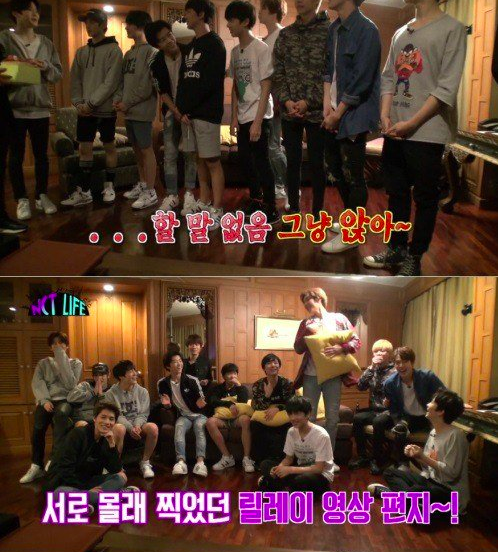 Ten says, “I’m thankful that Johnny-hyung taught me Korean when I first came to Korea.” Johnny turns to Doyoung and says, “I’m thankful to you. You always listen whenever I have something to talk about and whenever we’re in the same room, you give me a lot of help. I’ll work hard to be a better hyung.”

Doyoung then thanks Jaehyun, saying, “Thank you for being a person who has faith in me.” Jaehyun expresses his thanks to Taeil by saying, “I don’t express myself well, but I can always go to Taeil-hyung and he’ll listen carefully. I don’t know if he knows me well enough, and it’s possible he thinks that I’m always joking because I’m never earnest when I talk, but I’m very thankful and I hope we can enjoy a lot of talk about music. I love you.” 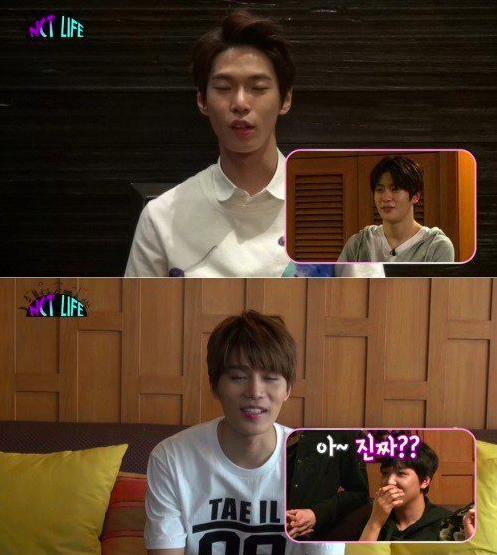 Finally, Taeil turns to Donghyuk and says, “I’m really bad at accepting it when Donghyuk says he likes me. Truth is, I like him too, but I’m lousy at expressing it. It’s pretty funny. I think you’re cute and funny. I love you, Donghyuk.”

Jaehyun celebrated his birthday on February 14. “NCT Life” follows the members of NCT and their city life in various cities, starting with Bangkok, Thailand. The first season features footage from before the group’s debut, when the SMROOKIES SHOW visited Thailand in February.

NCT
SM ROOKIES
NCT Life
How does this article make you feel?