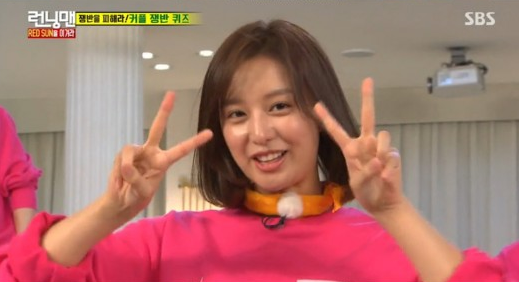 Who Wins The Treasured Spot As Kim Ji Won’s Partner On “Running Man”?

Jin Goo, Kim Ji Won, and Cosmic Girls’ Eunseo were among the guests on “Running Man”‘s “Descendants of the Sun” special which aired on May 1.

In the special, the members played a game to decide couples for the episode. The girls gave an initial syllable, and if the guys could list five words that included that syllable within five seconds, the two would become a couple. Kim Ji Won was the first girl to go. Before starting, the others asked her to show the cute dance she performed at the start of the episode, and she gave everyone a surprise repeat performance!

During the challenge itself, the actress caused laughter on set when she counted the seconds slowly for her co-star Jin Goo, but counted quickly during Kim Jong Kook’s turn. Then, everyone erupted in laughter when, during Ji Suk Jin’s turn, she immediately counted from “one” directly to “five.” The next challenger was Yoo Jae Suk, and although Kim Ji Won counted slowly for him, like the other members, he also failed. 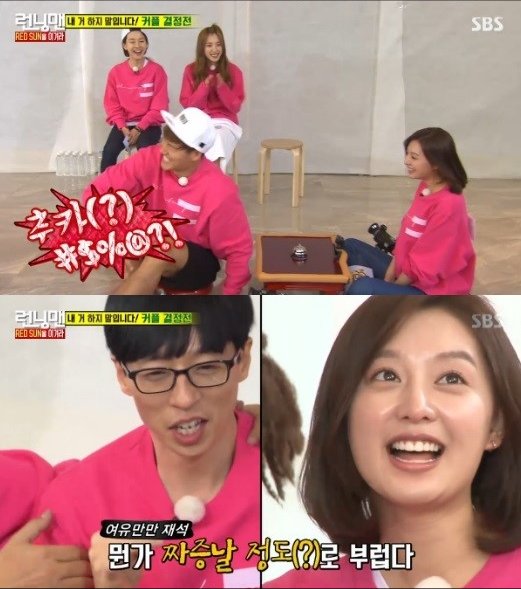 When Lee Kwang Soo’s turn came, he hit her throat in an attempt to stop her countdown, but even then, Kim Ji Won was able to count, and predictably, Lee Kwang Soo was scolded.

In the end, Yoo Jae Suk became a couple with Kim Ji Won. 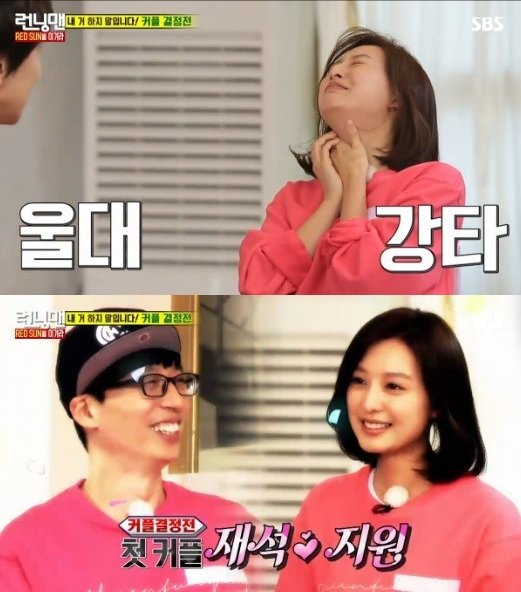 Make sure to catch the full episode below!