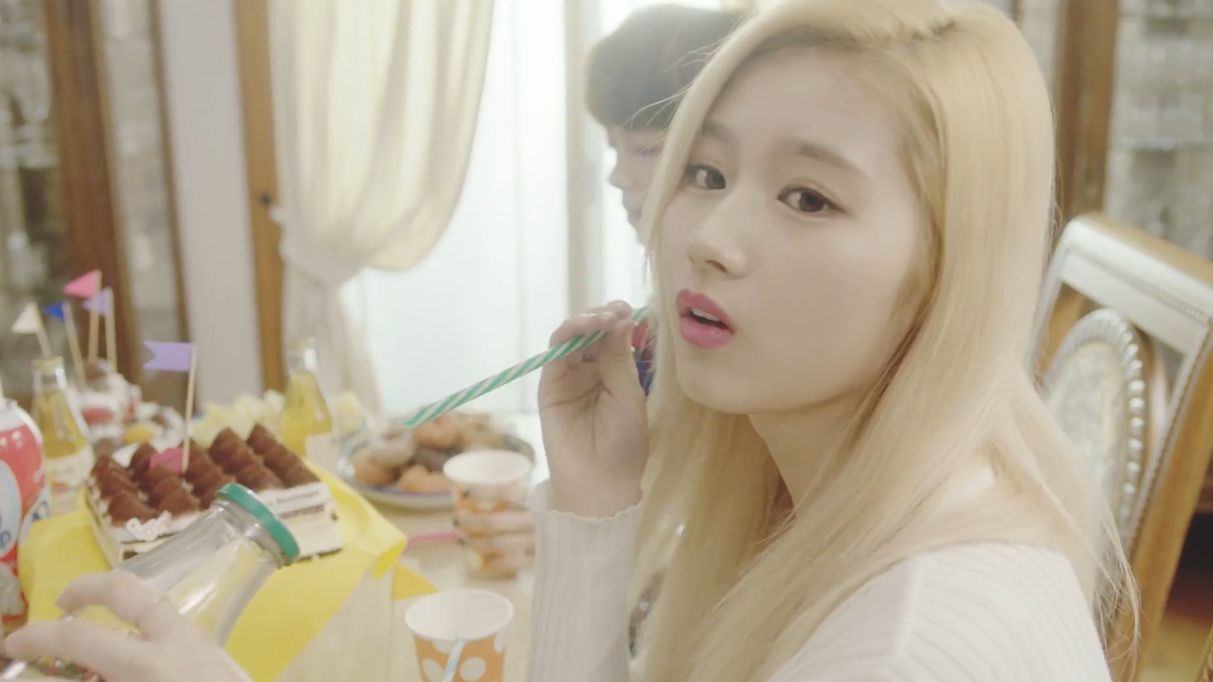 With the huge success surrounding the release of TWICE’s latest title track “Cheer Up,” one member has been receiving particular attention for her part in the song. Sana’s adorable “sha sha sha” line has been loved and echoed by fans and non-fans alike, even receiving attention from other celebrities!

About the unexpected response to the line, Sana says, “It became “sha sha sha” because I couldn’t pronounce “shy shy shy” very well. But many people liked it and it seems to have gotten a good response. I had no idea it would get a good response like this. At first it was embarrassing but because people liked it…Thank you! I love you!” You can check out Sana’s part of the song in the music video for “Cheer Up” below.

TWICE recently released their second mini-album, “Page Two,” and have been receiving much love for the album and title track.