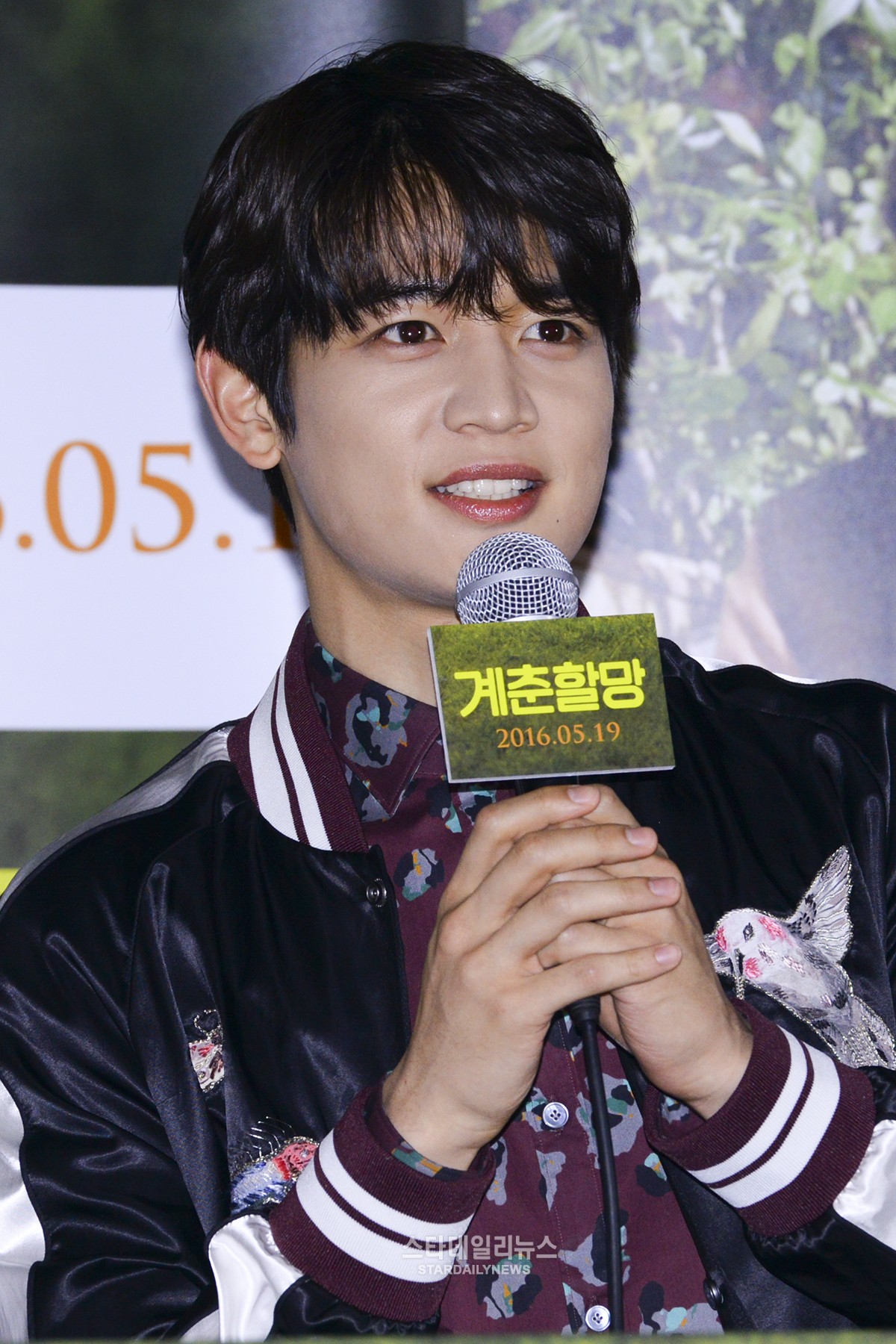 SHINee’s Minho is looking forward to receiving a call from his friend and soldier TVXQ’s Changmin.

On May 2*, the idol attended the press conference of his upcoming movie “Canola” also starring Yoon Yeo Jung and Kim Go Eun.

The film has gained attention for marking Minho’s anticipated big screen debut. When asked about his celebrity friends’ reaction, he revealed, “My Kyu-line brothers have supported me a lot.”

He then added how he’s yet to hear back from Changmin, “However, I can’t get in touch with TVXQ’s Changmin who is currently in the military. I can’t wait to hear from him.”

“I’m excited and looking forward to the movie. I’ve received many congratulatory messages on my screen debut which gives me a lot of strength,” Minho shared his feelings ahead of the premiere.

Meanwhile, “Canola” will open in theaters on May 19. Minho’s next acting project has been confirmed as historical drama “Hwarang: The Beginning.”

* A previous version of this article misstated the date as April 2.