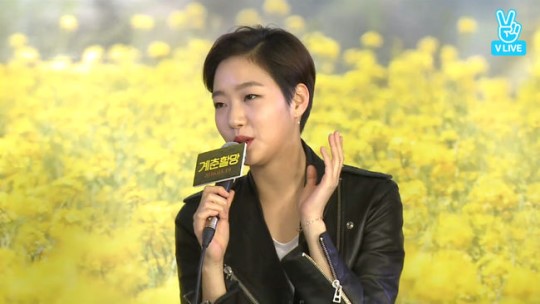 Kim Go Eun Explains Why She Chopped Her Hair Off

Actress Kim Go Eun has shared the story behind her short new hairstyle.

On May 2, she surprised fans with her new look during the live movie talk session for the film “Canola” broadcast via Naver’s V app.

Responding to curious fans, the actress explained, “I rarely dye or perm my hair, but while appearing in a drama, I found myself in a situation where I had to receive both treatments two to three times per month.” She rocked long curly locks on the recently ended “Cheese in the Trap.”

“Because of that, my hair got severely damaged. I first got a bob cut, but then I just decided to go with this look,” she shares about her refreshing hair transformation.