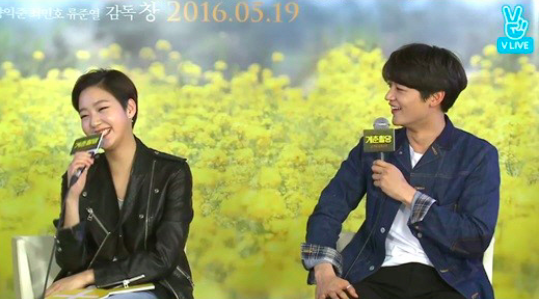 In the upcoming film “Canola,” SHINee’s Minho plays the love interest of Kim Go Eun, who plays the main character.

On May 2, the directors and cast of “Canola” held a Naver V app live broadcast to discuss their new film. The movie stars Yoon Yeo Jung, Kim Hee Won, and Shin Eun Jung in addition to Minho and Kim Go Eun.

The director said, “It’s a youthful romance. On the day that Minho and Kim Go Eun filmed, the female staff were very excited. It feels like a new twist on the genre.” 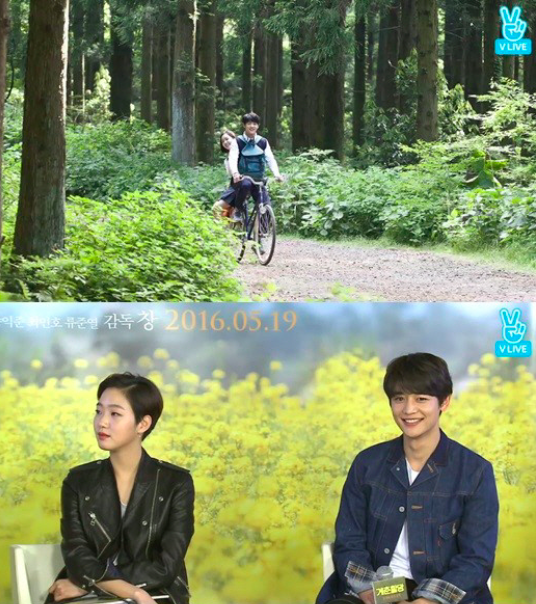 When Kim Go Eun was asked about the love line, she replied, “I think you can look forward to it.”

Minho was asked if the two share a kiss scene. “You can find out in the theater,” he said, playing coy.

“Canola” is set to be released in theaters in Korea on May 19 and tells the story of a granddaughter (Kim Go Eun) who returns to her grandmother’s (Yoon Yeo Jung) home after a mysterious twelve years.

SHINee
Canola
Minho
Kim Go Eun
How does this article make you feel?