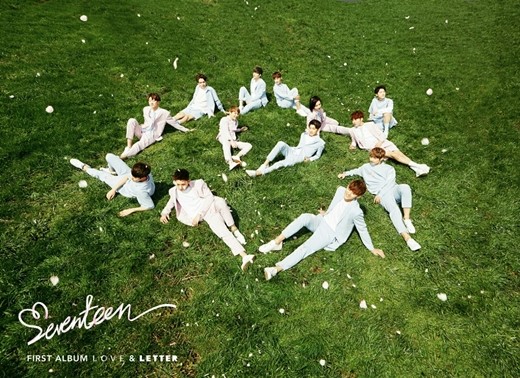 According to the Hanteo Chart, SEVENTEEN’s album “Love & Letter,” which came out on April 25, sold the highest number of albums for the week of April 25 to May 1.

“Love & Letter” is SEVENTEEN’s first complete album since their debut last year and comes in two versions. The “Love” version has sold 39,849 copies while the “Letter” version has sold 40,436 copies. In total, the album sold 80,285 copies in that first week of its release.

SEVENTEEN’s growing popularity had previously been proven after selling 150,000 copies of their album on pre-order. The day after they released their album, it had ranked within the Top 20 on the main iTunes album chart in 15 countries.