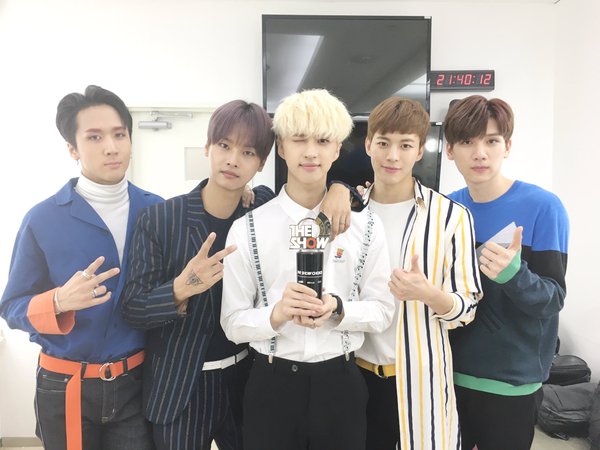 VIXX Takes 4th Win For “Dynamite” On “The Show,” Performances By SEVENTEEN, TWICE, And More

VIXX has grabbed the first place trophy on “The Show” for the second week in a row, bringing them their fourth win for their latest track “Dynamite”!

The group won against TWICE and SEVENTEEN on May 3’s episode of “The Show,” with a score of 8,208 to TWICE’s 7,390 and SEVENTEEN’s 6,792. Ravi clearly gets choked up as he thanks their fans and family, and has to stop to take a moment, so his fellow members take over thanking their staff, as well as fans and family again.

SEVENTEEN – “Chuck” and “Pretty U”

Jeon Young Do and Jenny – “Say I Love U”

Lim Do Hyuk – “Saying With Love”

Congratulations to VIXX on their fourth win!