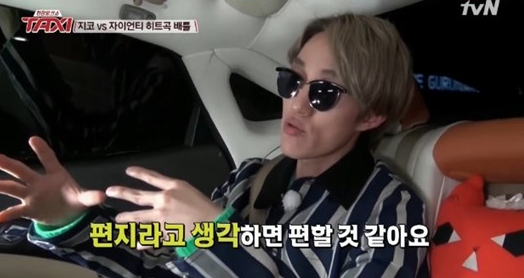 Chart-topping artist Zion.T has revealed how many songs he has created so far and how his biggest hit song came to be.

The May 3 broadcast of tvN’s talk show “Taxi” features Zion.T and Block B’s Zico as guests.

Talking about his commercial success, Zion.T says how he has written approximately 60 songs, and 11 of them have become hits.

“The song that took the shortest time to complete was ‘Yanghwa Bridge’ which I composed in 30 minutes. You could think of it as a letter.”

“I wrote ‘Yanghwa Bridge’ to my family members while on a plane headed back to Korea. I was experiencing a lot of music-related stress at the time and had just gone on a trip,” he shares about the creation process behind his arguably most popular song.

Taxi
Zion-T
How does this article make you feel?