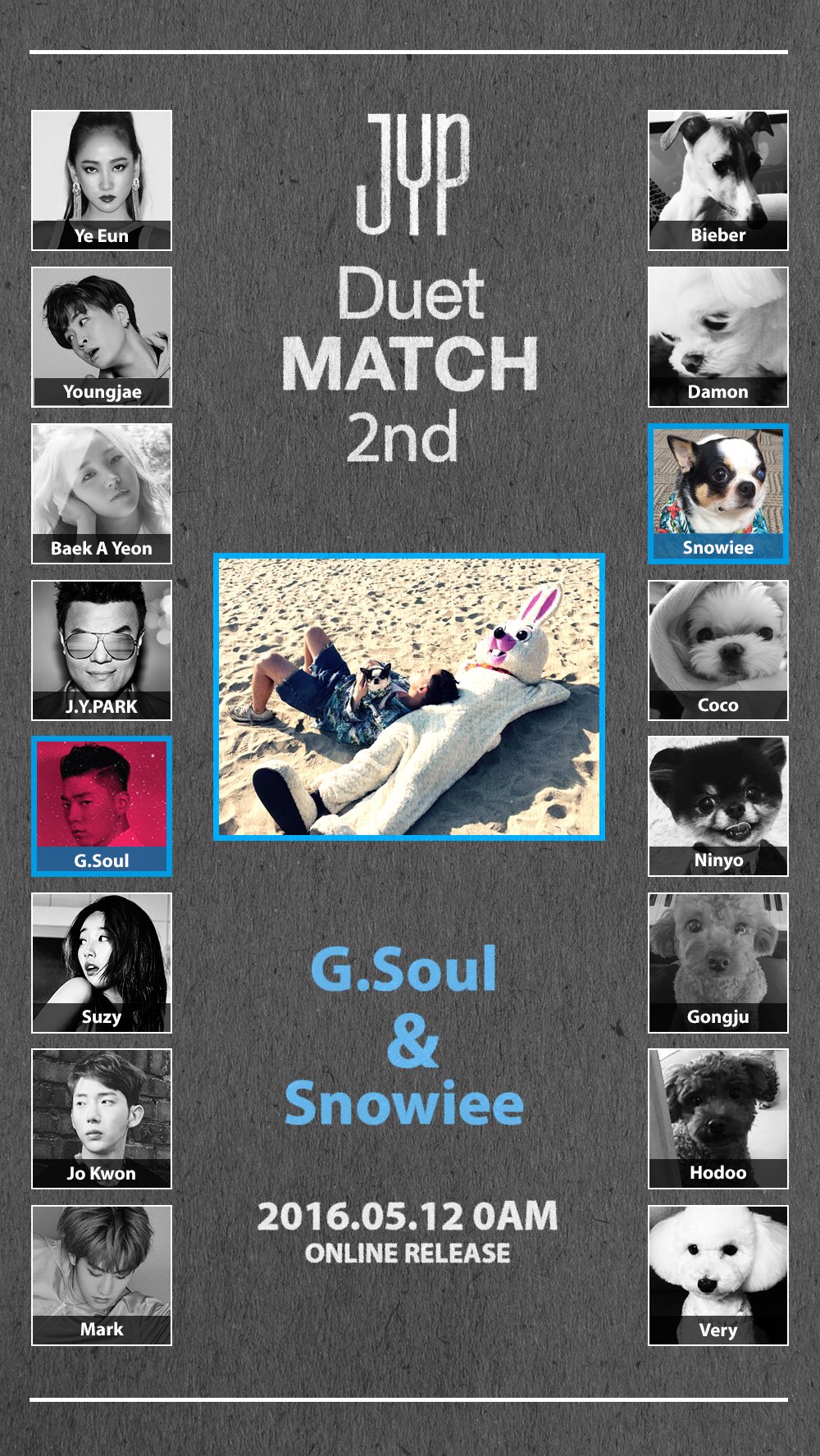 G.Soul and his dog Snowiee are the next artists in JYP Entertainment’s duet series! On midnight KST at May 6, JYP announced the artists in their second duet, which will be released on May 12 at midnight KST.

JYP Entertainment has released a strange but funny teaser for their next duet!

On May 5 at midnight KST, JYP posted a teaser poster for the second round of the agency’s duets, similar to the teaser poster that was released prior to the announcement that Wonder Girls’ Hyerim would be collaborating with Bernard Park. The duo released their track “With You” on April 3.

While the poster for the previous duet included male and female JYP artists on either side, this new poster displays pictures of members of the JYP nation on one side and their pet dogs on the other!

The poster includes GOT7’s Mark and Youngjae and their dog Coco, miss A’s Suzy and her dog Damon, Wonder Girls’ Yeeun and her dog Ninyo, Park Jin Young and his pets Hodoo and Gongju, Jo Kwon and his dog Bieber, Baek Ah Yeon and her dog Very, and G.Soul and his dog Snowiee. 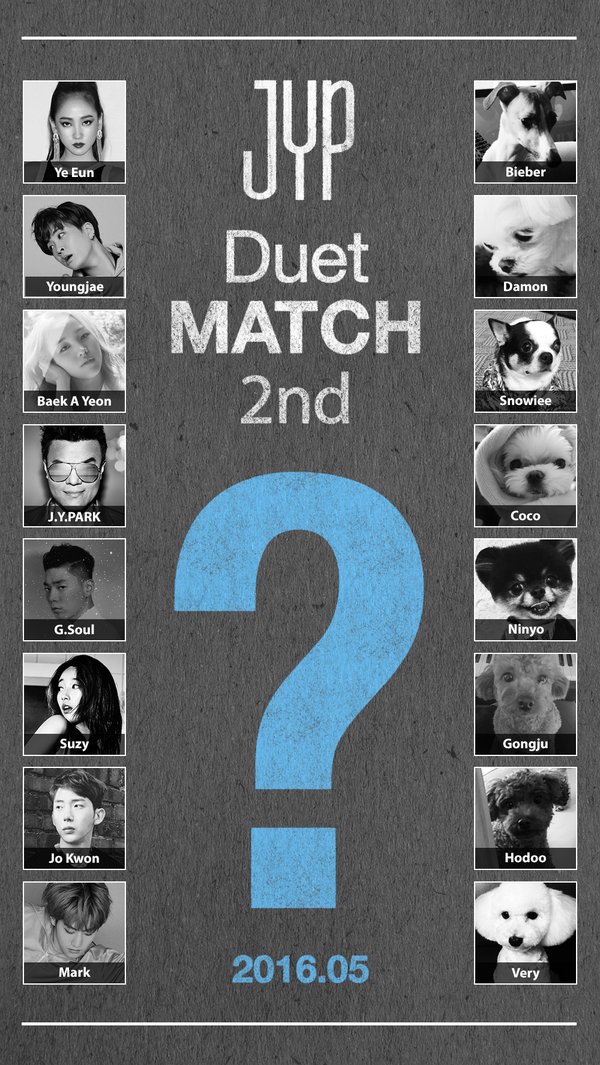 The only concrete info the teaser shares is that we can expect the duet to be released sometime this month.

Are you looking to see what JYP has come up with for this unexpected collaboration?