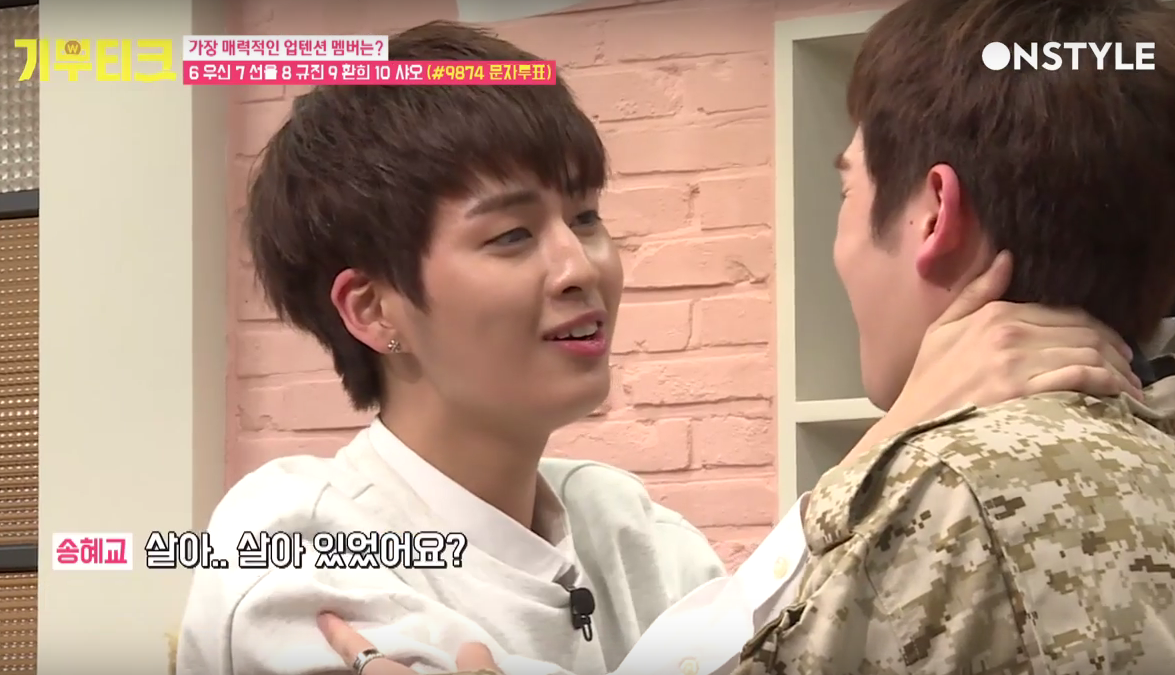 They are asked to reenact the moment Kang Mo Yeon (played by Song Hye Kyo) and Yoo Si Jin (played by Song Joong Ki) reunite after a year of separation in “Descendants of the Sun.” The staff even prepared a camouflage jacket to represent Yoo Si Jin.

The scene begins with Gyujin, who is playing Yoo Si Jin, calling out to Kogyeol over the “walkie-talkie,” just like in the drama. While their fellow members can’t stop laughing in the background, Kogyeol and Gyujin remain immersed in their roles while trying their best to hold in their own laughter. Kogyeol even dramatically falls in order to perfectly reenact what happened in the drama. They continue on, ending the scene with a passionate hug.

The end result is more hilarious than touching, but everyone applauds Kogyeol and Gyujin for their performance. The MCs even suggest that they should appear on “SNL Korea,” and say they especially liked the dramatic fall.

Watch their reenactment below!

Also check out the original scene as well:

What do you think about their performance?

UP10TION
Descendants of the Sun
Kogyeol
Gyujin
How does this article make you feel?